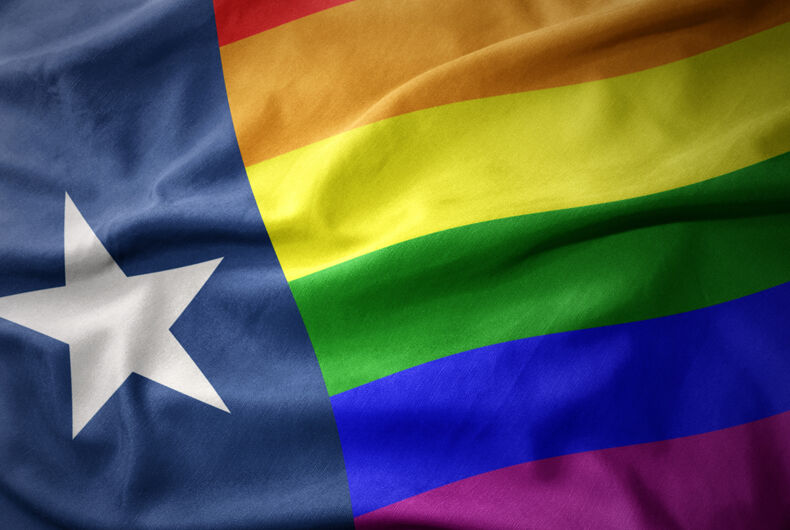 Local LGBTQ and anti-fascist activists are already organizing a counter-protest.

Related: A judge wants to make sure 36 people pay for the crime of protesting Straight Pride

In a post on their website, SHFA wrote that they’re “building a coalition with patriot groups across the nation in order to defend our constitutional republic which is continually under attack.” They hope their event will bring “attention to the sexualization and corruption of America’s children taking place and the far left’s attempts to silence opposition.”

Note the none-too-subtle suggestion that LGBTQ people are pedophiles.

According to the event’s public Facebook listing, it’s called “Protect Our Next Generation” (PONG). It will convene at Dallas City Hall from 10 a.m. to 4 p.m. and will discuss the following topics :

Sex/Human Trafficking
Legalized Prostitution
Marriage values (One man and one woman)
Abortion (It is murder)
Genders (There are only two; XX as female and XY as male)
Ploys of the RADICAL left wing LGBTQ groups trying to shut down our businesses and churches.
Drag Queen Story Times (Stop pushing this onto our children)

If anyone ever had any doubts, SHFA’s agenda above shows that the group and its events aren’t just about taking pride in heterosexual identity, they’re actively opposed to same-sex marriage equality, reproductive rights, trans and non-binary identities and social programs for LGBTQ families.

It’s also worth restating that SHFA’s Boston event was basically a white supremacist Trump rally with only about 100 to 200 attendees. Attendees were vastly outnumbered by counter-protestors.

One of SHFA’s lead organizers, Mark Sahady, runs the Boston chapter of a small far-right group called Resist Marxism which traffics in anti-Semitism and white supremacism. SHFA’s other organizers have ties to white supremacist and alt-right organizations too.

The DFW Anti-Fascist League has already planned a counter-event called “Silence = Death, Counter the Homophobic Threat.” In a public statement, the group said PONG “itself an attack on Dallas, designed to waste city resources to protect their hate-speech.”

The League added that PONG is scheduled to take place four months after the murder of local black transwoman Chynal Lindsey, “the 3rd unsolved murder of a trans woman in Dallas this year.”

“Where hate speech flows, hate crimes follow. We can’t trust the police to protect us, but we can trust each other. We sear the motto “SILENCE = DEATH” on our hearts. Bash Back,” the DFW AFL wrote.