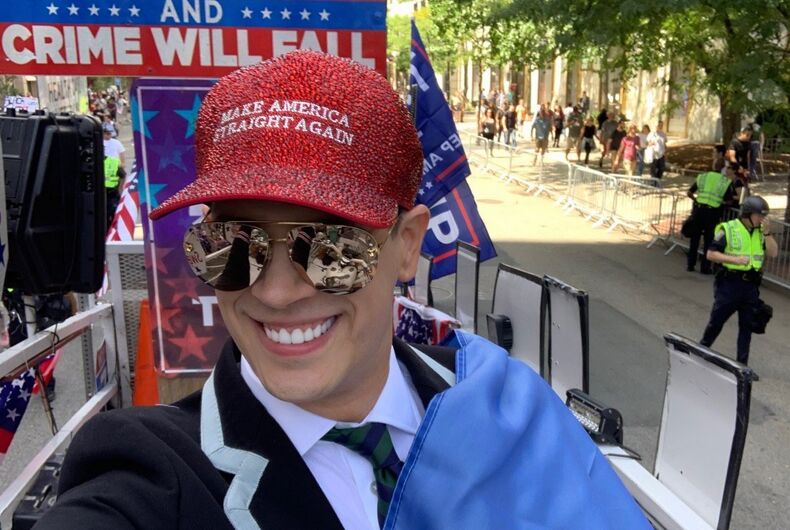 A judge upheld charges against people who were protesting the Straight Pride Parade in Boston, even when prosecutors wanted them dropped.

36 people were arrested in the counter-demonstration against the Boston Straight Pride Parade this weekend, often with charges like disorderly conduct that are usually dropped by prosecutors.

On Tuesday, Judge Richard Sinnott upheld charges against all of the protestors, even in cases where prosecutors wanted the charges dropped. Prosecutors asked for no bail and moved to drop some of the charges, but Sinnott refused and set bail for the protestors.

Suffolk County District Attorney Rachael Rollins accused the judge of overstepping his role. She said that part of the prosecutors’ job is to use their discretion to “triage” cases so that they can protect protestors’ First Amendment rights.

“Make no mistake: some people were appropriately arraigned and will be held accountable for actions that put the safety of the public and law enforcement at risk,” Rollins said. “For those people now tangled in the criminal justice system for exercising their right to free speech – many of whom had no prior criminal record – I will use the legal process to remedy the judge’s overstepping of his role.”

Related: Show off your Straight Pride with a bunch of gray crap you can buy online

The Straight Pride Parade was organized by several people with ties to white supremacy and anti-semitism. The Grand Marshal of the parade was rightwing troll and mess of a human being Milo Yiannopoulos, and the marchers complained about how Jewish people made up the Holocaust and created the LGBTQ movement to destroy Western Civilization.

Protestors turned out to speak out against what was effectively a white supremacist rally, and they outnumbered the actual Straight Pride marchers.

Now those who were arrested say that police were overly aggressive and that they were making up facts about their cases.

“I got grabbed from behind, a chokehold. I went down. They messed up my leg real good,” said protestor Rod Webber, who was arrested.

“I was screaming in agony, and they call this resisting. You can see in the other wide shots that is not the case. They are making things up.”

But the Boston Police Patrolmen’s Association said that they agreed with the judge, that protestors were throwing urine at police officers and they all deserve to face charges.

“We couldn’t be happier at the moment with the judge that’s on the bench and the Commonwealth itself,” said the police union’s Larry Calderone.

Representatives Alexandria Ocasio-Cortez (D-NY) and Ayanna Pressley (D-MA) have both supported a bail fund for the demonstrators.

“Contribute to the Bail Fund for the activists who put themselves on the line protecting the Boston community.”

Contribute to the Bail Fund for the activists who put themselves on the line protecting the Boston community:https://t.co/z2NRSqHMve

Pressley tweeted that the protestors “laid their bodies on the line” to oppose the “LGBT hate march.”

Join me right now in making a contribution. TY to the allies & accomplices who stood in the gap & laid their bodies on the line today in affront #LGBT hate march. To everyone feeling unseen & vulnerable today…we got you. Equitable outrage. Our destinies & freedoms are tied. https://t.co/xwHQDX7UG2

The religious right is claiming a prayer ‘victory’ over Hurricane Dorian. So is Marianne Williamson.