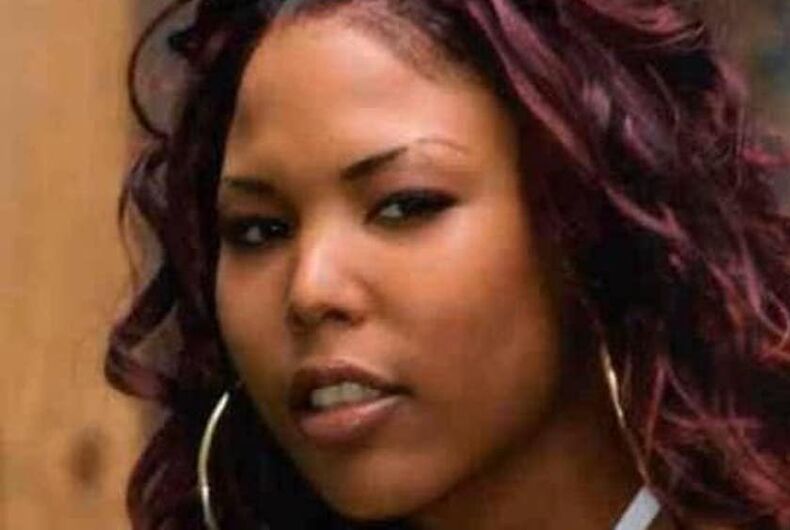 The Philadelphia Police Department (PPD) is investigating the death of Alicia Simmons, a trans woman who was found dead in her apartment on November 3, the third day of Trans Awareness Month.

The Philly LGBT Police Liaison Committee is currently awaiting results from the medical examiner and says there’s no evidence yet of foul play. But if Simmons was murdered, she’d be the 22nd transwoman murdered this year.

The PPD public affairs staff has said, “At this point, it is too early to determine exactly what caused her death, and we want to be careful to avoid speculation.”

“Alicia Simmons was not shot or brutally murdered. It doesn’t appear to be any immediate signs of foul play when relatives found her in her house dead,” wrote local activist Ernest Owens, who warned national media and activists from prematurely spinning theories about Simmons’ death.

Owens continued, “She was found asleep peacefully. This doesn’t rule out a murder, but it doesn’t automatically fit a lot of the recent narratives surrounding murdered Black trans women this year.”

In a public Facebook post, Deja Alvarez, trans activist and co-chair of the Philly LGBT Police Liaison Committee, wrote, “We will be working closely with the PPD to thoroughly, respectfully, responsibly and compassionately get those answers for Alicia and her family both born and chosen as well as our community.”

The PPD has reportedly interviewed Simmons’ family and examined both her apartment and the surrounding area for clues.

In May 2019, a black trans woman named Michelle Washington was shot to death in Philadelphia. Police at the time said it wasn’t clear whether her trans identity was a motivating factor, though they didn’t rule out possible hate crime charges.

A drug-resistant bacteria is spreading among gay & bisexual men