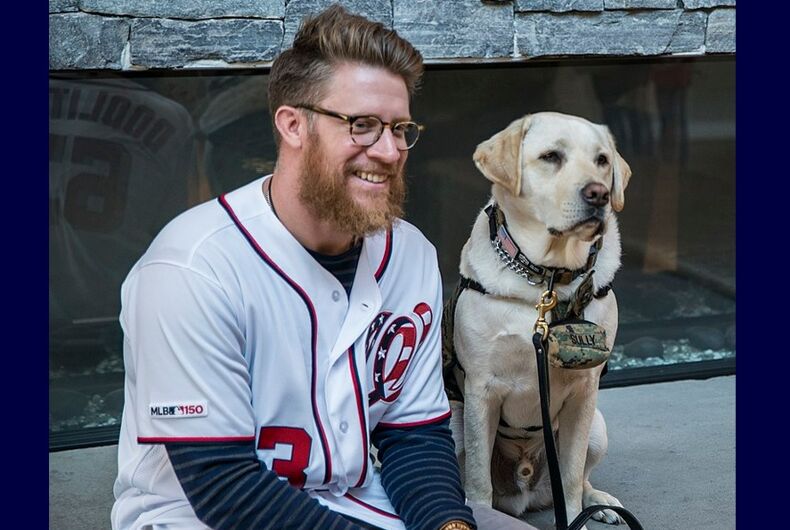 A professional baseball player with the Washington Nationals refused to visit the White House after his team won the World Series, in part because he wants to be an ally to LGBTQ people.

The Nationals won the World Series last Wednesday, winning four games against the Houston Astros. Pitcher Sean Doolittle, though, decided not to visit the White House on Monday with the rest of the team.

“There’s a lot of things, policies that I disagree with, but at the end of the day, it has more to do with the divisive rhetoric and the enabling of conspiracy theories and widening the divide in this country,” he told the Washington Post. “My wife and I stand for inclusion and acceptance, and we’ve done work with refugees, people that come from, you know, the ‘shithole countries.'”

He said that his wife, Eirann Doran, has two mothers.

“I want to show support for them. I think that’s an important part of allyship, and I don’t want to turn my back on them,” he said.

He also brought up Trump’s call to execute the Central Park Five — a group of black and latino teenagers who were wrongly convicted of raping a white woman and were released from prison over a decade later when the real rapist was found — and Trump’s comments about white supremacists at Charlottesville being “very fine people” as well.

“I have a brother-in-law who has autism, and [Trump] is a guy that mocked a disabled reporter. How would I explain that to him that I hung out with somebody who mocked the way that he talked or the way that he moves his hands? I can’t get past that stuff.”

Doolittle said that the decision was hard because this was one of the last few times he would get to see his teammates. After the World Series, they had a parade, the White House visit was scheduled, and then everyone went home.

He said that on Twitter people were telling him that he should respect the office of the presidency and just go.

“People say you should go because it’s about respecting the office of the president,” he said. “And I think over the course of his time in office he’s done a lot of things that maybe don’t respect the office.”