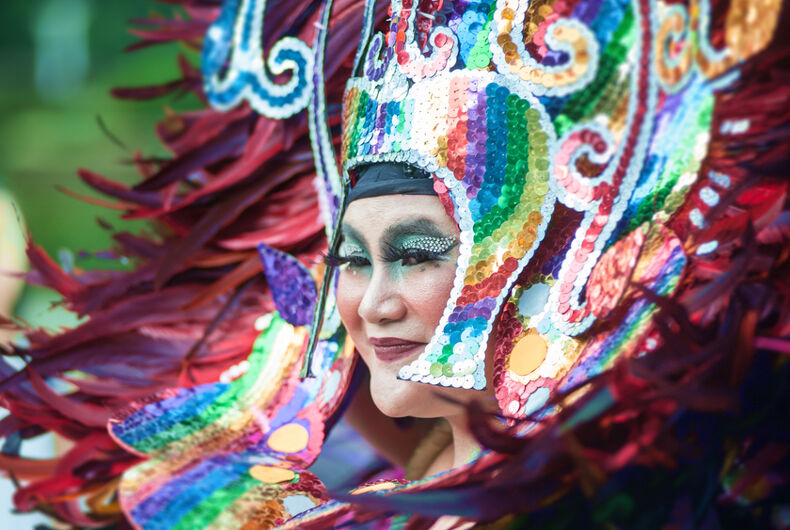 The InterPride network just selected Sydney, Australia as the host city for World Pride 2023, making it the first Australian city and the first city in the southern hemisphere ever to host the global LGBTQ event.

We recently ran a column written by Alex Greenwich, the only out gay Australian Member of Parliament, explaining why Sydney would make an ideal World Pride host — s0 we consider this a victory for both them and us!

In his LGBTQ Nation column, Greenwich touted Australia’s leadership in helping expand queer rights on that side of the world, especially in countries where queerness is criminalized and queer people can’t access healthcare:

“World Pride is not just an amazing celebration, it’s about making a real difference … [in] changing the lives of LGBTQ people in need. In the Asia-Pacific region that need is great…. Australia also has a proud record of calling out human rights abuses in our region and also providing financial aid for HIV and AIDS programs. But we don’t know it all, and always need help and invite the world down under to take vital efforts for the LGBTQ community in our region to the next level.”

The theme for 2023 will be “Fearless,” and the event itself could highlight critical issues facing queer people in the eastern part of the globe.

Greenwich posted this video from InterPride’s meeting in Athens, Greece, showing the exact moment that Sydney was announced as the winner:

The Star Observer points out that World Pride 2023 will be “held in conjunction with the 2023 Sydney Gay and Lesbian Mardi Gras… Australia’s largest annual LGBTQI event.”

As such, World Pride will show international LGBTQ tourists the allure of Sydney as a travel destination and the spectacle of their Mardi Gras, an event which, like U.S. Pride marches, arose from protests against police brutality.

The first 2000 WorldPride has held in Rome. Since then, the event has been held in Jerusalem, London, Toronto, Madrid and New York City. In 2021 the event will be held in the twin cities of Copenhagen, Denmark and Malmo, Sweden.

Queer and conservative students are clashing at a religious Texas university