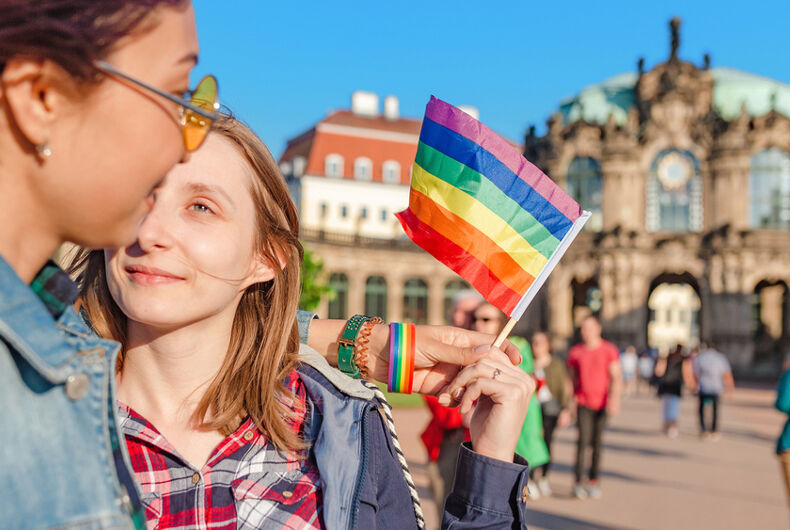 A group of LGBTQ students at Baylor University in Waco, Texas has begun clashing with Young Americans for Freedom (YAF), a conservative student organization at the Baptist university.

The LGBTQ students, united under the Greek letters Gamma Alpha Upsilon (GAY), say that YAF has made baseless accusations that GAY is “is violent and [has] intentionally threatened or sabotaged their members/meetings” by tearing down YAF event fliers and disrupting meetings.

Related: Purdue University is allowing Chick-fil-A because it doesn’t want to “deprive” its students

GAY asserts that individual members have acted independently in voicing displeasure over YAF’s conservative speakers. One GAY member also tore down some YAF event fliers last year, but yet again, GAY asserts that the student has publicly proclaimed that they acted entirely on their own.

The Dallas Observer says that last April, YAF hosted Matt Walsh, a conservative writer, for a speech entitled “The War on Reality: Why the Left Has Set Out to Redefine Life, Gender and Marriage.” YAF’s posters for the event showed the rainbow Pride flag with a communist-era hammer and sickle on it, an insinuation that the LGBTQ community is a fascist-like group.

Now, YAF has invited Ben Shapiro to speak on campus next month. Shapiro has insisted that “transgender is a mental disease,” attacked the U.S. Supreme Court for striking down laws criminalizing homosexuality and says that “the gay marriage caucus [is] … utilizing the law as a baton to club wrong-thinking religious people into acceptance of homosexuality.”

The university has reportedly arranged a meeting between leaders of GAY, YAF and an “equity officer” who specializes in mediating issues on discrimination, bias and diversity.

“We’ve reached out several times [to YAF] asking for information regarding these events (of alleged harassment by GAY against YAF) so that we can help them feel safer and so we can identify whether these attacks care from one of our members. Unfortunately, all of our requests were ignored and they continue to make these accusations which forced us to ask administration if they could set up a mediated meeting between the officers of the two clubs so we can settle these serious accusations.”

In 2015, Baylor University quietly removed a rule from the student code of conduct banning “homosexual acts” as “a misuse of God’s gift.”

World Pride 2023 will take place in Sydney, Australia. Here’s why that matters so much