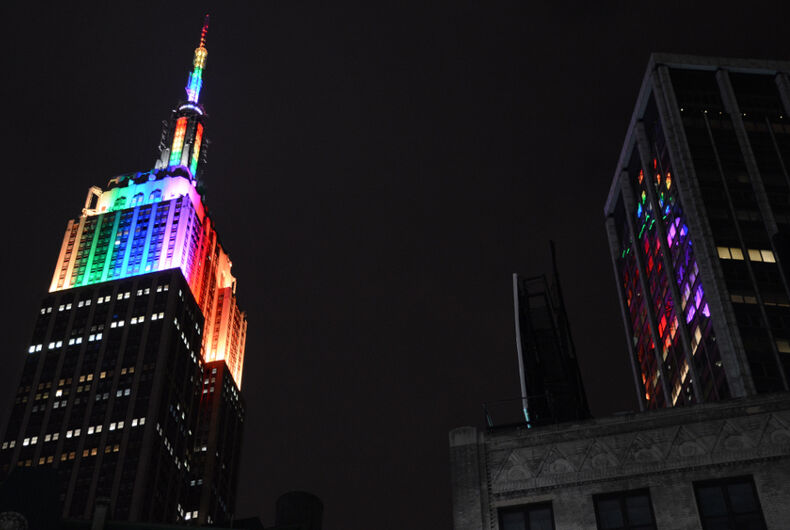 The Empire State Building lit up in rainbow colors for LGBTQ Pride.Photo: Shutterstock

On June 30 New York City will light up the iconic Empire State Building in rainbow colors in recognition of World Pride. Additionally, 11 other city buildings will similarly be lit up to show solidarity with the world LGBTQ community.

Secret NYC has a rundown of the other city buildings that will be lit-up in rainbow colors (and when):

During World Pride, there’ll be a main parade march organized by Heritage of Pride (HOP) with more than 600 groups and 120 floats participating. There will also be a second march: the Queer Liberation March and Rally organized by Reclaim Pride Coalition (RPC).

The RPC’s march is expected to not feature corporate floats, campaigning politicians, uniformed police officers, or restrictions like metal barricades  and requiring participants to have a wristband.

The main Pride march’s grand marshals include some of the transgender actresses from the groundbreaking FX ballroom drama Pose and Monica Helms, creator of the trans Pride flag.