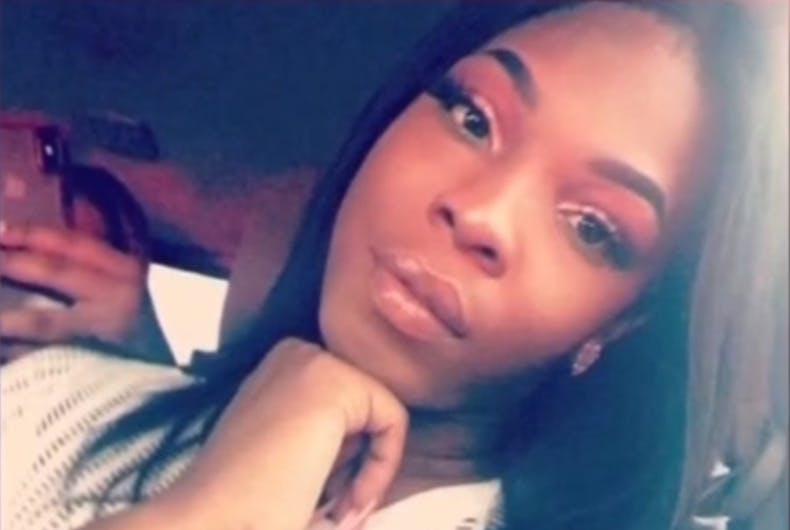 The defense attorney for the man accused of severely beating Muhlaysia Booker has been thrown in jail for contempt of court. State District Judge Hector Garza tossed attorney Andrew Wilkerson into the clink for 14 days and has fined him $500.

Wilkerson’s client, Edward Thomas, is charged with aggravated assault with a deadly weapon in connection with the mob attack on Booker, a transgender woman. People shouted anti-LGBTQ slurs at her while beating and kicking her in the footage.

The violence against Booker shocked the country in April when video was posted to social media after the woman had a minor parking accident.

According to the Dallas News, Thomas’ attorneys have refused to use the correct pronouns for Booker and only refer to her by her former name. They argued that she brought the beating on herself by trying to leave the scene without exchanging insurance information.

When the prosecutor was reading Booker’s name and birthdate into the record, Michael Campbell, another defense attorney in the case, interrupted to demand the attorney “Read the sex! What does the sex say?”

“So I’m not going to be able to represent my client for the rest of the trial?” Wilkerson asked shortly before being led out of the courtroom in handcuffs. Campbell stepped into the lead after the judge refused to delay the trial further.

“Put a black man in jail, huh? That’s the only way to shut him up,” Wilkerson said. “As long as I’m here I’ll be continuing to represent him zealously, your honor.”

“You can’t tell me to stop talking in front of the jury,” Wilkerson replied. “My job is to zealously, righteously and fearlessly represent my client.”

The judge declared an immediate recess and announced he was holding Wilkerson in contempt.

About 12 hours later, Wilkerson was allowed to post a $500 personal recognizance bond and was seen in the courtroom before the trial resumed this morning.

A month after the violent beatdown, Booker was killed by a different man in an unrelated attack. Kendrell Lavar Lyles has been charged with murder in that case.

An app says it can tell how gay you are by looking at your DNA. Real scientists are not having it.