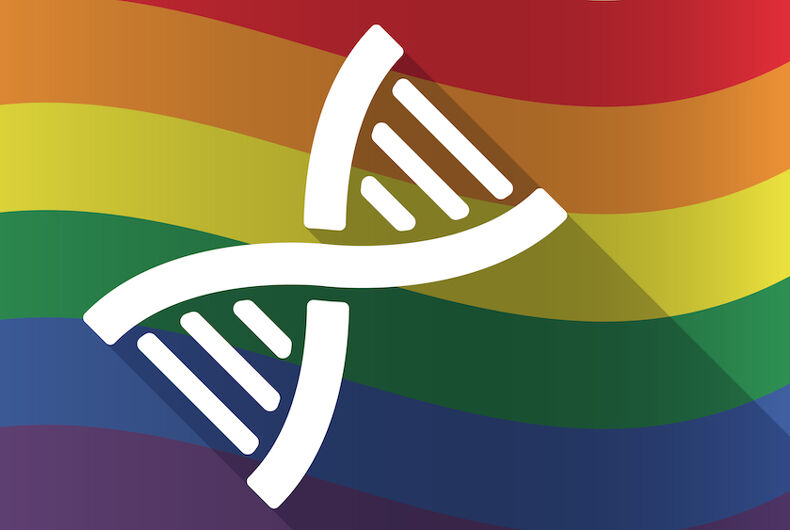 Researchers of a recently released study examining the genetic underpinnings of homosexuality say their work has been distorted and misused by an app called “122 Shades of Gray.” The app promises to examine users’ genetic information to detect gay DNA, even though that’s basically impossible.

Twelve scientists from the study published last August in the journal Science wrote an open letter to GenePlaza, a site that distributes DNA-analysis apps, asking it to remove the app immediately.

Related: The religious right is really happy about the study saying there is no single ‘gay gene’

The “score” you are marketing through this app is a total misrepresentation of the conclusions of the work. Our study indicated that individual-level prediction is impossible for same-sex sexual behavior. The promotion of this app and, in particular, the claims it makes are a gross and dangerous mischaracterization of the work.

In their study, researchers examined the genetic information of over 470,000 participants from Sweden, the U.S., and the U.K. using DNA data from the U.K. Biobank study and from 23andMe, a private genetics company.

They found a strong correlation between homosexuality and five autosomal loci (areas of DNA not on sex chromosomes), but stressed that the presence of the genes does not in itself determine someone’s sexual orientation — thus, neither can an app.

A petition for the app’s removal had gotten more nearly 1,500 signatures so far.

The app’s own page has added a disclaimer stating:

The authors of the science paper and the authors who released the raw data are not associated with this application. This application is not a diagnosis, a prediction, or a predisposition score. This app simply shows what your score would have been if you had participated in this study. Some applications show various graphs computed from models issued by independent studies.

He severely beat a trans woman. Now his lawyer has been thrown in jail too.