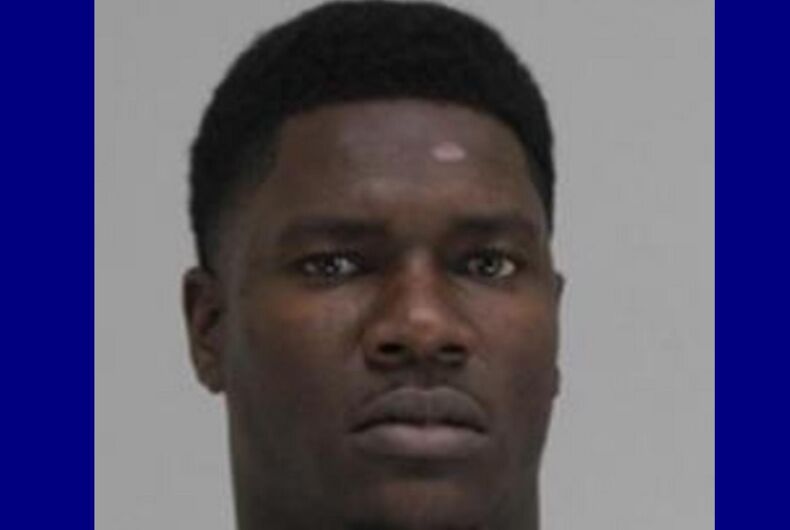 A jury cleared Edward Thomas of felony assault beating Muhlaysia Booker, a transgender woman, and convicted him of misdemeanor assault.

Earlier this year, video of a mob beating Booker in Dallas went viral. In the video, a man starts to beat her, and later others join in, kicking her and holding her down. She tries to get away. A group of women surrounds her and carries her to a car.

She had to be taken to a hospital for bone fractures, and a month later she was murdered.

Prosecutors believe that Booker backed her car accidentally into someone else’s. The driver held her at gunpoint to get her to pay for the damage and wouldn’t let her go.

A crowd gathered, and someone offered Thomas $200 to beat Booker.

Thomas faced a felony charge of aggravated assault but was convicted by a jury of misdemeanor assault. Felony assault requires a “serious bodily injury” that creates a substantial risk of death, disfigurement, or the permanent or long-term loss of a body part.

The maximum penalty for misdemeanor assault is one year in prison.

Texas’s hate crimes legislation does not include gender identity as a protected category.

During his trial, Thomas’s lawyer Andrew Wilkerson repeatedly misgendered and deadnamed Booker in an effort to make the altercation seem like “mutual combat” between two men. He argued that Booker was at fault even though Thomas beat her because she tried to leave the scene without exchanging information, and he downplayed her injuries as “scratches.”

When the prosecutor read Booker’s name and birthdate into the record, another defense attorney, Michael Campbell interrupted: “Read the sex! What does the sex say?”

Wilkerson was given 14 days in jail for his “repeated outbursts,” although he was out several hours later on bond.

Booker was shot to death in May. Police do not believe that Thomas was involved in her murder.

Kendrell Lavar Lyles has been arrested for her murder and two others, and he is currently awaiting trial.

When ‘Queer Eye’ star Karamo Brown came out, it ended his relationship with his father