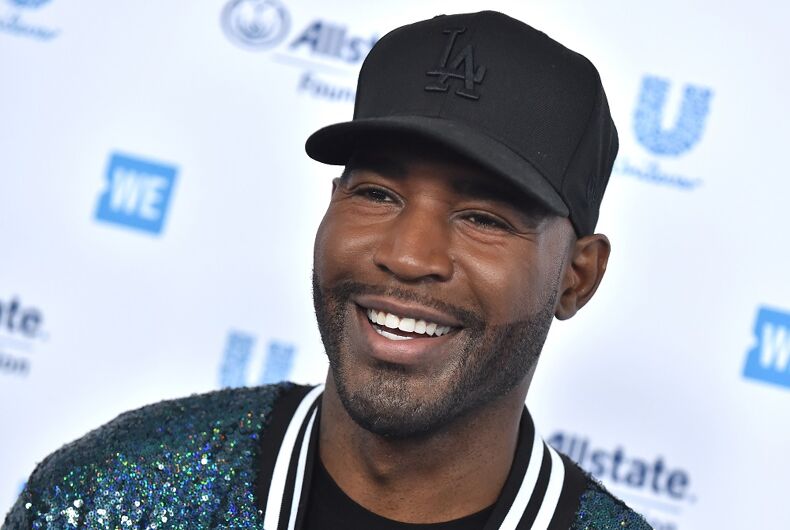 Queer Eye’s culture expert Karamo Brown opened up about his troubled relationship with his father, discussing how his dad “ended” their relationship when Brown came out.

Brown, a 38-year-old father of two, is currently a participant on Dancing with the Stars.

Related: ‘Queer Eye’ fans are sending a lesbian back to college after her parents disowned her

In an emotional conversation during rehearsal, he told his professional dance partner Jenna Johnson that he dedicated the previous week’s performance to his kids.

“There’s something about my kids that brings it out of me, but it’s also because of the relationship that I have with my father,” he said.

“Growing up, my father was my hero. He called me his champion son. But then, as I started to discover who I am, things changed dramatically,” he explained.

Brown said that he came out to his father when he was 17-years-old and that their “relationship ended.”

“It split the family apart and we didn’t speak for 10 years,” he said. “I just prayed every day that one day, we could actually get back to being a family again.”

That day came when his father “reached out to me and was looking to apologize for what had happened. And we really just started to reconcile our relationship.”

His father went to California to watch his son and Johnson dance.

“Ever since birth, I’ve always wanted for you to be successful,” his dad said. He also said “Why not” when Brown said he wanted his dad to meet his fiance, Ian Jordan.

While they still have a ways to go, the meeting showed Brown that his father “wants to be in my life again and it’s nice.”

“If there’s anything I expect from my father, it’s just learning how to love me unconditionally,” Brown said.