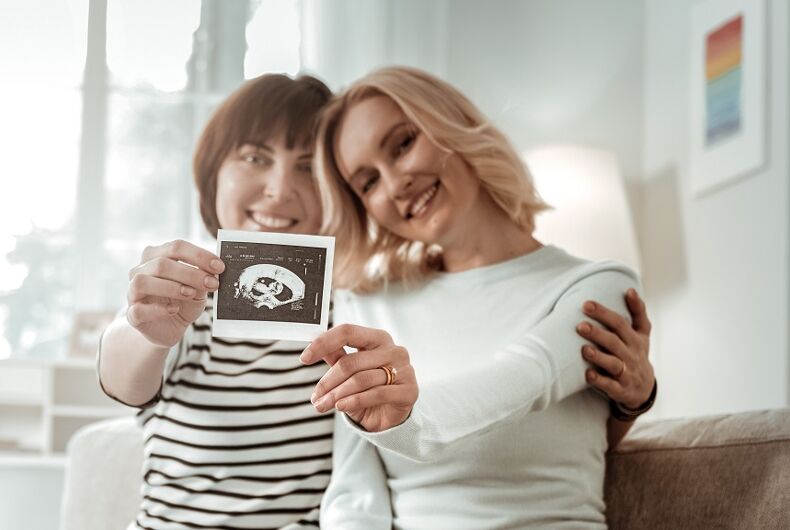 One House Republican is looking out for an LGBTQ issue that no one else: aborted gay fetuses.

Former Representative Sean Duffy (R-WI) announced last month that he was resigning for family reasons, and that this past Monday would be his last day in office.

Just before leaving, he introduced a bill that would protect gay fetuses.

The bill would ban fetal genetic testing for sexual orientation, saying in a press release last Friday that it was necessary to “protect the lives of unborn gay children.”

The press release cited a study published in Science where researchers used genetic information from 470,000 and found that between 8% and 25% of the variance in sexuality could be explained by several genes.

That doesn’t mean that the presence of the genes found in the study determine that a fetus will be gay – it just means that there is a small to moderately higher probability that a fetus with those genes will grow up to be gay.

But Duffy now says that “the termination of pregnancies by parents who do not wish to have a same sex attraction child” (why couldn’t he say “gay”?) is a real risk.

That’s big of Duffy, but he has scored poorly year after year in HRC’s LGBTQ Congressional Scorecard, getting a score of “0” for most legislative sessions. Why would he be concerned about something like this?

“For us, this is yet another abortion restriction like all these others,” Leila Abolfazli of the National Women’s Law Center told Rewire.News. “There’s a lot he can do to help LGBTQ individuals … and all he’s doing here is trying to restrict reproductive autonomy.”

“There’s no indication that this would happen,” she said of genetic discrimination against gay fetuses.

Readers who find Duffy’s name familiar might remember him as a cast member on 1997’s The Real World: Boston, 1998’s Road Rules: All Stars, and 2002’s Real World/Road Rules Challenge: Battle of the Seasons.

A Republican paid $30 to scrub his vile tweets from the web. You get what you pay for.