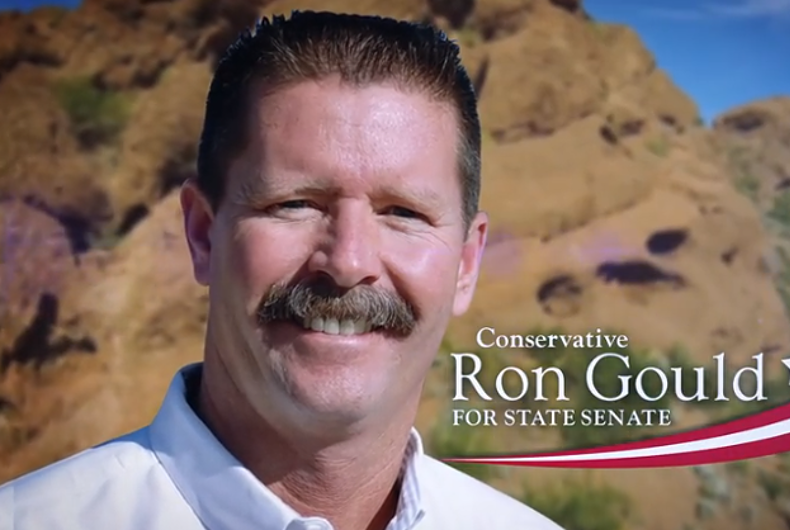 An Arizona elected official said that groups shouldn’t “promote” homosexuality because gay men have an average lifespan of 42.

Mohave County Supervisor Ron Gould made the comments in an interview with the Kingman Daily Miner. He said that he sponsored a bill to ban marriage equality because gay men have an average life expectancy of 42.

When asked if he believes that that’s because of gay men’s sexual orientation, he said, “That’s why they die.”

“We all have our sins, but we should try to suppress them. Alcoholism is harmful, too, but we don’t see groups promoting alcoholism.”

Related: Arizona is being sued for banning teachers from speaking positively about LGBTQ people

He did not cite a source for his statistic, but the Phoenix New Times did some digging and found a similar number put out by the extreme anti-LGBTQ hate group Family Research Institute (FRI) in 1994.

In that year, notorious anti-gay activist and FRI founder Paul Cameron – who resigned under fire from the American Psychological Association because of his dubious research methods – bought some LGBTQ newspapers and took an average of the ages of the men who appeared in the obituaries, and he said that that average was 43.

Cameron’s “research” happened at the height of the AIDS epidemic when gay men were dying daily from government inaction and lack of medication.