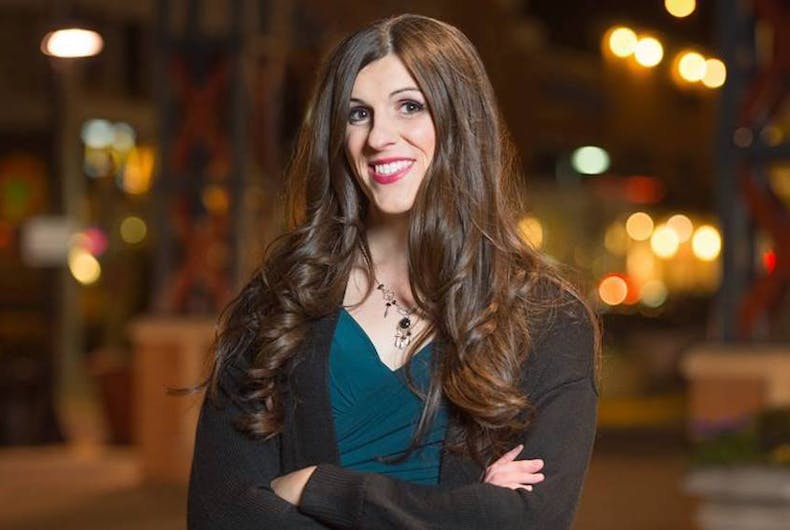 In her 2019 re-election campaign, Danica Roem of Virginia, the nation’s first-ever out trans legislator, is facing Kelly McGinn, a Republican who has financial support from various anti-LGBTQ groups.

The Daily Beast reports that McGinn has received $2,000 from the Eagle Forum; $750 from employees and the president of the Religious Freedom Institute; and donations from a founding member of the Virginia Catholic Conference.

McGinn herself has called marriage equality a “morally repugnant practice” comparable to slavery. She also opposed a law which would end anti-LGBTQ discrimination by adoption agencies, stating that only straight couples could be “secure and loving” for a child.

McGinn and the organizations supporting her are trying to hide their anti-LGBTQ sentiments behind their opposition to Roem’s support of the Equal Rights Amendment (ERA), a proposed U.S. Constitutional amendment which would guarantee equal legal rights for all American citizens regardless of sex, “providing Congress with firmer grounding to pass anti-discrimination laws while giving lawsuits more strength in the courts,” according to WHSV.com.

Virginia nearly became the 38th state to vote for the amendment’s approval last year, the threshold required for amendments to be ratified into the U.S. Constitution. But even if it had succeeded, “court battles would likely ensue over [the ERA’s] long-passed 1982 deadline set by Congress,” writes WHSV.com.

Although McGinn opposes the ERA over fears that it will expand abortion rights, she’s trying to hide her hateful views from voters. “On her website, McGinn does not express her anti-LGBTQ, anti-choice views; she markets herself as a moderate,” The Daily Beast reports.