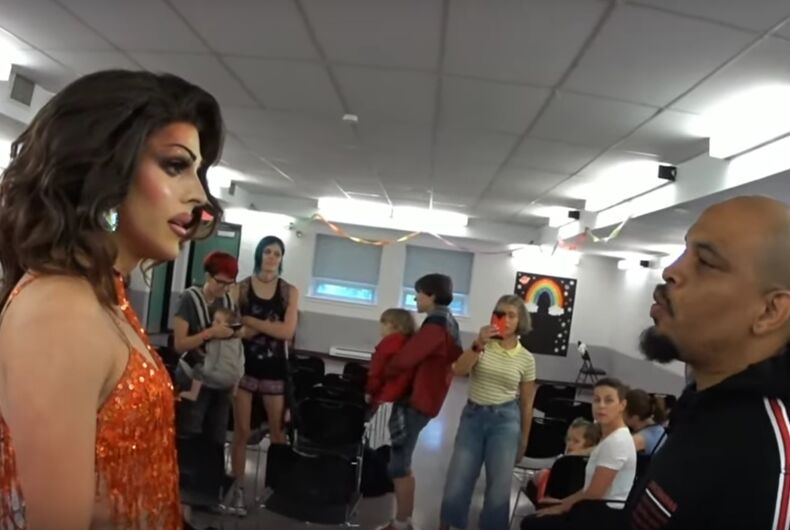 A man was caught on video yelling at a crowd attending a Drag Queen Story Hour in Ottawa, Ontario.

Drag queens were reading stories to kids at the Westcliffe Community Centre this past Saturday. A man was seated at the story hour and said that he had a question as the drag queen, identified as Adrianna Exposee by PinkNews, adjusted an earring.

“What are you going to do as you stand before God and he judges you and everyone in here for your sins?” he said.

The man took this as an opportunity to launch into a homophobic rant.

Parents grabbed their children and started leaving to keep their kids from being exposed to his hatred. He kept on going, referring to the parents as “child abusers” for bringing their kids in to see “filth.”

Most of the parents and kids had left at this point, but a few stayed to watch Exposee debate the guy.

“If you have a problem with me, you can take it up with me,” she said. “But don’t bring it on these people.”

Eventually the adults got the man to leave, but he kept on shouting at people in the parking lot.