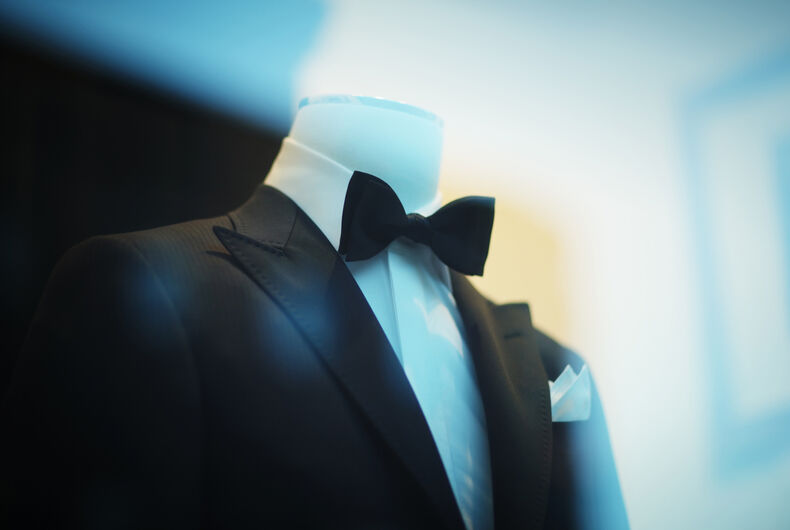 Holley Gerelds wore a tux in her senior pictures. The Alabama student had dressed in masculine clothing for years – including for prom – and the typical black V-neck drape didn’t feel appropriate, she said.

But when Gerelds opened her class yearbook, she wasn’t surprised to discover that her photo had been left out and she was listed instead as “Not Pictured.” Her name was also misspelled.

“Ever since I was a child, I’ve always worn masculine clothing,” she told the Washington Post. “That’s what I’ve always been comfortable in.”

The school’s superintendent defended the school’s decision, saying the district doesn’t “micromanage” the school’s policy on yearbook photos, before offering a halfhearted promise to look into the matter.

Related: This senior came out at graduation & it was a showstopper

“Yearbook guidelines are developed by each school and the County has not micromanaged those decisions,” he wrote in an email. “However, moving forward all procedures will be reevaluated.”

Gerelds told the Post that her school hasn’t been a bastion of intolerance as the yearbook kerfuffle would make it appear, but at the same time she wasn’t surprised because of “LGBTQ+ people getting harassed and sometimes even killed, always discriminated against.”

The superintendent has said that a composite photo of all seniors who had portraits taken “regardless of their choice of attire” will be forthcoming along with a reprint of the page that misspelled Gerelds’ name.

“That’s honestly all I wanted,” she said. “I just wanted the school to change the policy.”