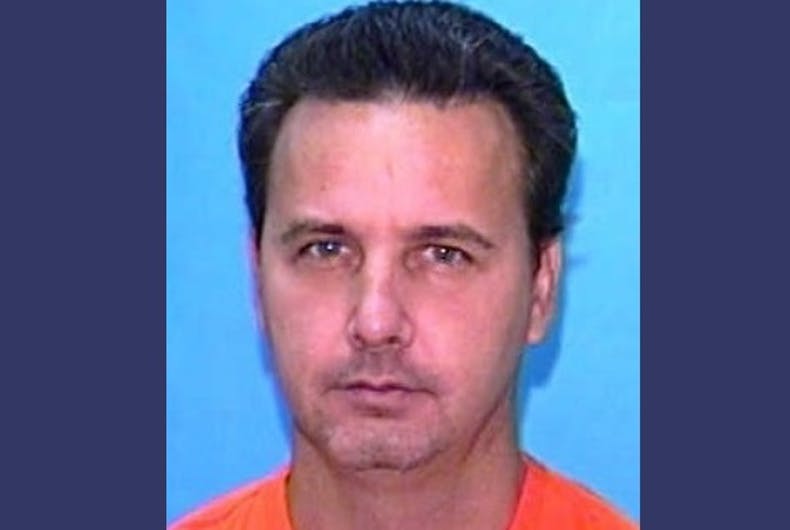 A man who killed six gay men during a murder spree in 1994 is set to be executed on Thursday.

Police investigated Roberts’s death and suspected Bowles because his fingerprints were found on the scene and he had previous convictions for robbery and domestic violence.

He was connected to three other murders and put on the FBI’s 10 Most Wanted Fugitives list before his arrest later that year.

He confessed to the murders as well as two others, and a jury sentenced him to death in 1996 for the murder of Walter Hinton. Hinton died when Bowles hit his head with a 40-pound stone while he was sleeping.

Each of his victims had something crammed down their throats, like a towel or dirt.

The Florida Supreme Court overturned his death sentence because they said that the trial court erred when it told the jury that Hinton was gay and that Bowles hated gay men. In 1999, he received the death penalty again.

“Each of the murders was brutal,” said Bernie de la Rionda, the prosecutor who got a conviction and death sentence for Bowles.

“It was not an instant death,” he said. “It (wasn’t) like somebody getting shot and dying from that gunshot.”

“It was a life-and-death struggle.”