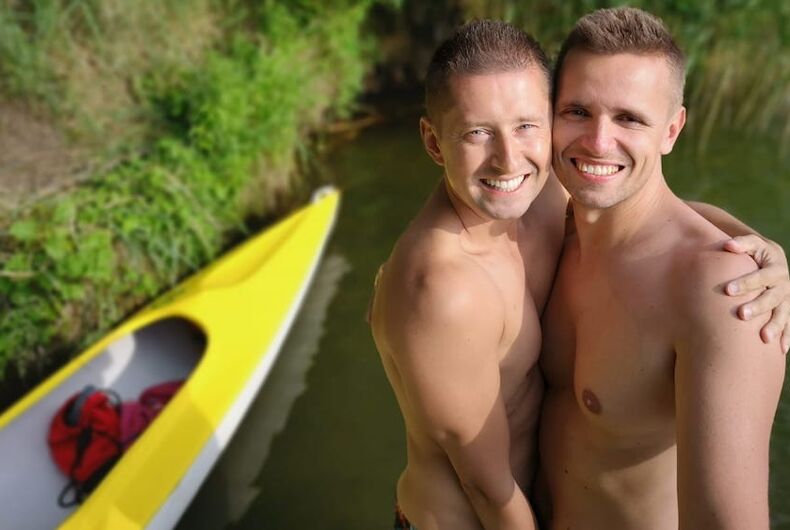 That’s why Jakub Kwiecinski grabbed a bunch of his Polish pals to make their own lip-sync video of Taylor Swift’s recent anti-hate tune, “You Need To Calm Down.”

Kwiecinski tells LGBTQ Nation, “When David and I watched Taylor Swift’s music video ‘You Need To Calm Down’ with all LGBT stars it inspired us to make polish version of it.”

He continued, “We didn’t have any money but had a huge will to do it, so we asked LGBT people to record their own videos and send them to us. The response was overwhelming — we got 350 videos! Considering the huge scale of homophobia in our country,  these were 140 brave people.”

Among those who participated are some of the most important and famous LGBT people in the country, including the Deputy President of Warsaw, Paweł Rabiej; party leader and European Parliament member, Robert Biedron; Top Model winner, Radek Pestka; and many other journalists, activists and TV stars.

“We did it for fun but also to draw world’s attention on LGBT rights in our country,” Kwiecinski said. “That’s why video ends with two boards where we inform people about the huge scale of homophobia in our country.”

Here is the video of the Polish LGBT video version of Taylor Swift’s “You Need to Calm Down”: