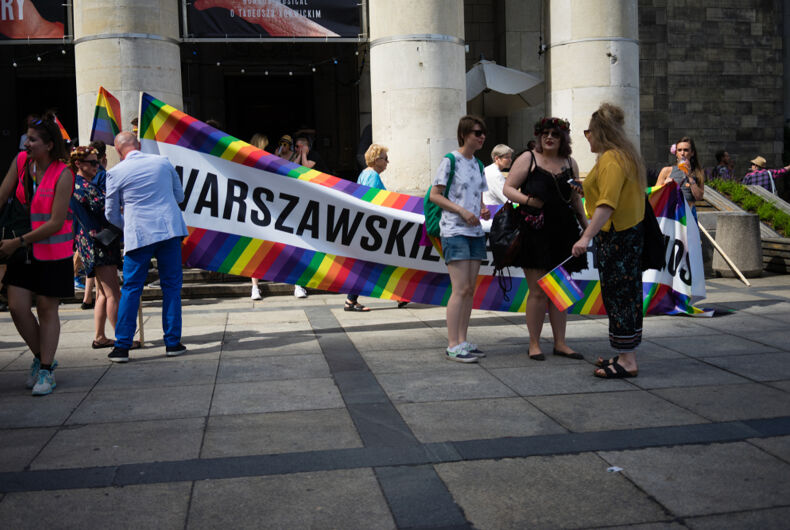 Polish president Andrzej Duda has said he would consider issuing a Russian-style “gay propaganda” law that would ban LGBTQ media, literature, and gatherings like Pride.

The authoritarian leader told a reporter, “I think that this kind of propaganda should not take place in schools, it has to be calmly and consistently opposed. If such a law was created and would be well written, I do not exclude that I would approach it seriously.”

The comment was spurred by a youth protest in favor of LGBTQ rights. After the government banned “Rainbow Friday,” an event like America’s Spirit Day meant to show pride and solidarity with the LGBTQ community, hundreds of students nationwide still wore rainbow colored clothing to school.

“The current Polish government suspects the Russian government of murdering their previous president, Lech Kaczynski, in 2010, but seems to have no problems with copy-pasting their illiberal policies,” according to Rémy Bonny, a political scientist who specializes in LGBT issues in central and eastern Europe.

“While in the bigger cities like Warsaw, a very progressive and queer scene is developing, the opposite is happening on the countryside,” Bonny continued. “The current government gets most of their votes on the countryside. These attacks on the LGBT community are a political strategy to win the votes of the people living in the Polish countryside.”

Russia has banned “gay propaganda” for five years and has used the law to censor books, movies, and media. The law came under particular fire during the Winter Olympics as fans and athletes condemned the law publicly.

The first person convicted under the law was a teenager who posted a photo of two shirtless men hugging on social media. The conviction was later overturned.