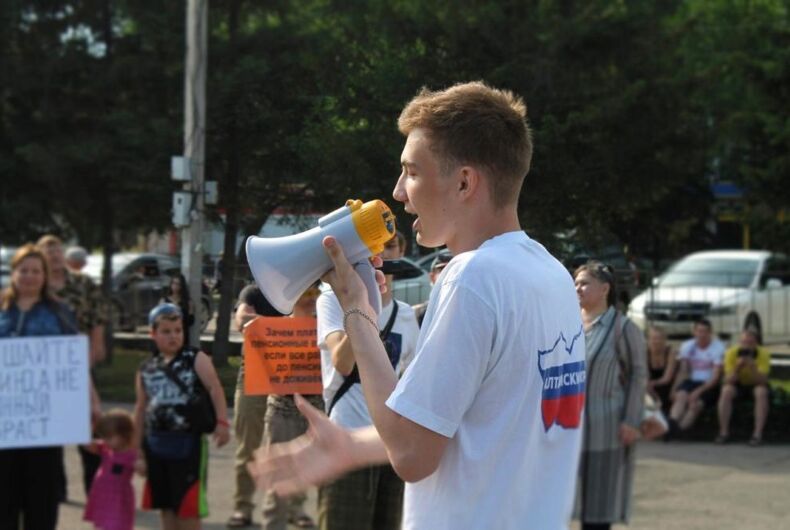 His crime? Posting photos of shirtless men on social media.

Neverov was charged with posting “some pictures (photos) of young men whose appearance (partly nude body parts) had the characteristics of propaganda of homosexual relations according to the expert opinion” according to the Russian LGBT Network.

He was denied a lawyer by police and refused to cooperate. During his trial before The Commission on Minors and the Protection of Minors’ Rights, he was represented by a lawyer provided by activists. Neverov did not testify.

The commission’s trial was full of “numerous procedural violations,” according to his lawyer, Artem Lapov.

While the meeting was open to the public, Neverov’s friends and supporters were barred from attending. Video and audio recording were forbidden and authorities weren’t able to prove that Neverov actually posted the photos.

The young activist has caused a stir before over LGBT rights. Earlier this year he applied repeatedly for a permit to stage the play “Gays for Putin.” All the requests were denied and it caused a local controversy.