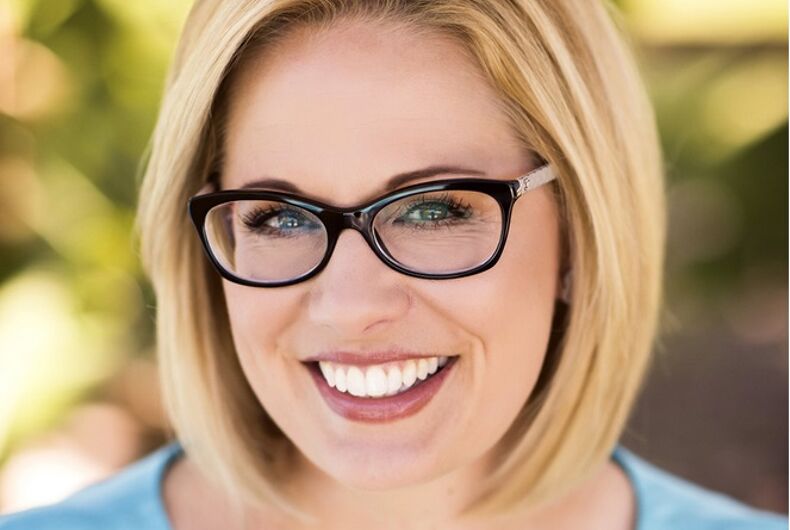 Kyrsten Sinema’s campaign has said that her lead in the Senate race is “insurmountable.”

Sinema (D) faced Martha McSally (R) in the race for U.S. Senate in Arizona. The state has been counting ballots for the past week, and the race remained too close to call.

In order to take the lead, McSally would have to win the remaining 162,000 Maricopa County votes by 22%, even though she has been losing that county so far.

The Sinema campaign said that this isn’t possible.

BREAKING @kyrstensinema campaign manager declares her lead 'is insurmountable… Kyrsten will be declared the next U.S. Senator from Arizona.' Race has not yet been called by any media org. #AZSEN #12News pic.twitter.com/FqFhmDpPFp

If she’s certified the winner of the race, she’ll be the first out bisexual U.S. Senator, defeating a Republican who opposes LGBTQ equality.

Counting Sinema, there will be 47 U.S. Senators in the Democratic caucus next year and 51 in the Republican caucus. Florida’s Senate race remains too close to call, and Mississippi will hold a runoff election at the end of the month.

Is Poland about to issue a Russian-style ‘gay propaganda’ ban?

Now that Kim Davis has been fired by voters, she’s going to become a preacher