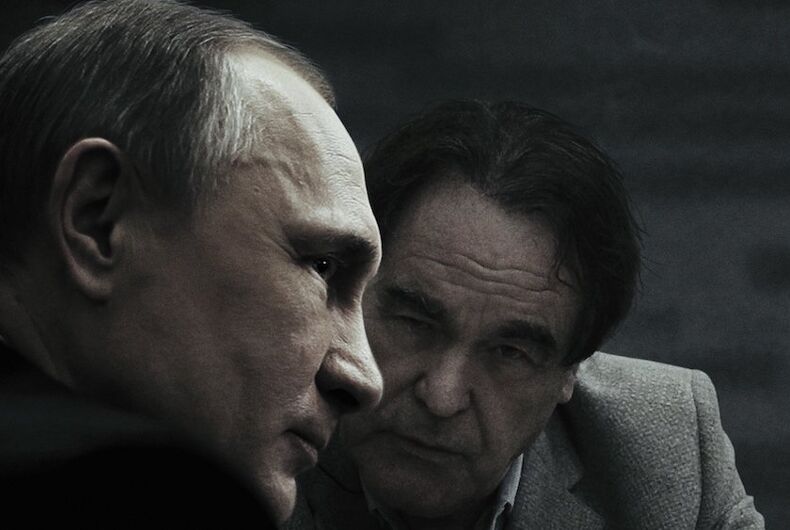 American director Oliver Stone has deflected criticism over his recently calling of Russia’s 2013 anti-gay propaganda law “sensible” by stating that neither he nor Russian President are anti-LGBTQ.

Stone called Russia’s law “sensible” during his recent interview with Putin. In the interview, Stone decried the “unhealthy Western culture” of young people identifying as genderqueer and transgender. Putin agreed, stating, “They live too well. They have nothing to think about.” Then the interview continued:

As to gay/LGBTQ beliefs in Russia, again much misunderstood. Mr. Putin made himself clear in “The Putin Interviews” — he’s not anti-gay/LGBTQ. Nor am I. Have another look at “Alexander,” for which we took a beating in 2004. Beyond the Hephaestion story in the sexuality department, I prominently featured Alexander’s love for the Persian eunuch Bagoas, certainly an example of a third sex and emblematic of Alexander’s world vision, which I much admired. Do not bring American expectations to Russian life any more than you expect Iran, Korea, Venezuela, or China to follow our political or social demands.

He then used the Facebook post to plug the DVD release of his 2017 documentary series The Putin Interviews in which Stone accused the the CIA, FBI and NSA of fabricating evidence to suggest that Russia tried to influence the 2016 presidential election.

In his deflection, Stone misses the bigger problem. It’s not Americans who are bringing “American expectations to Russian life.” It’s Russian LGBTQ activists and the European Court of Human Rights who are decrying the law as a way to persecute activists and queer people just for being who they are.