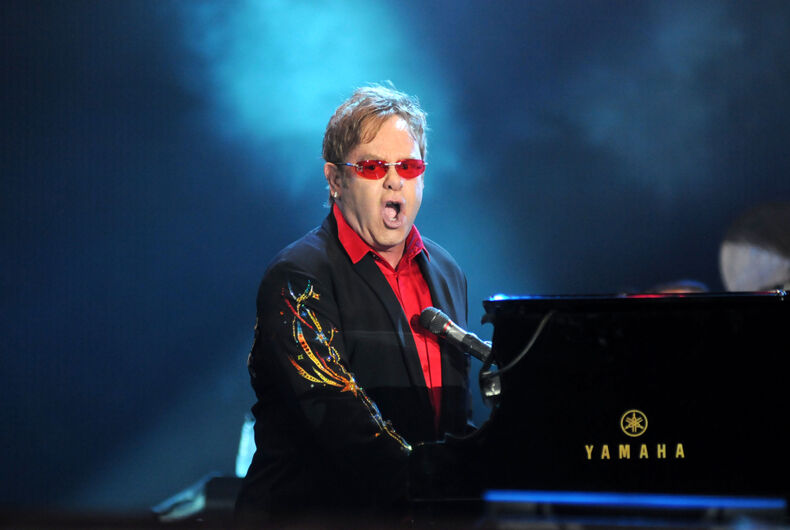 In a recent interview with The Financial Times, Russian President Vladimir Putin said that Russia has no problem with gay people, despite the country’s anti-gay propaganda law and the continued arrest, torture and murder of gay people in the Russian region of Chechnya.

In his Financial Times interview, Putin said that “liberal governments had not acted to reassure citizens. Instead they had pursued a mindless multiculturalism embracing, among other things, sexual diversity.”

“I am not trying to insult anyone because we have been condemned for our alleged homophobia. But we have no problem with LGBT persons. God forbid, let them live as they wish.But some things do appear excessive to us. They claim now that children can play five or six gender roles.”

“Let everyone be happy, we have no problem with that. But this must not be allowed to overshadow the culture, traditions and traditional family values of millions of people making up the core population.”

John’s full reply is below:

I was deeply upset when I read your recent interview in the Financial Times. I strongly disagree with your view that pursuing policies that embrace multicultural and sexual diversity are obsolete in our societies.

I find duplicity in your comment that you want LGBT people to “be happy” and that “we have no problem in that”.

Yet Russian distributors chose to heavily censor my film “Rocketman” by removing all references to my finding true happiness through my 25-year relationship with David and the raising of my two beautiful sons. This feels like hypocrisy to me.

I am proud to live in a part of the world where our governments have evolved to recognise the universal human right to love whoever we want. And I’m truly grateful for the advancement in government policies that have allowed and legally supported my marriage to David. This has brought us both tremendous comfort and happiness.

When John first learned that Russian distributors had edited the gay scenes out of Rocketman, he issued the following statement alongside the filmmakers:

“We reject in the strongest possible terms the decision to pander to local laws and censor Rocketman for the Russian market, a move we were unaware of until today.

Paramount Pictures have been brave and bold partners in allowing us to create a film which is a true representation of Elton’s extraordinary life, warts and all. That the local distributor has edited out certain scenes, denying the audience the opportunity to see the film as it was intended is a sad reflection of the divided world we still live in and how it can still be so cruelly unaccepting of the love between two people.”

“We believe in building bridges and open dialogue and will continue to push for the breaking down of barriers until all people are heard equally across the world.”