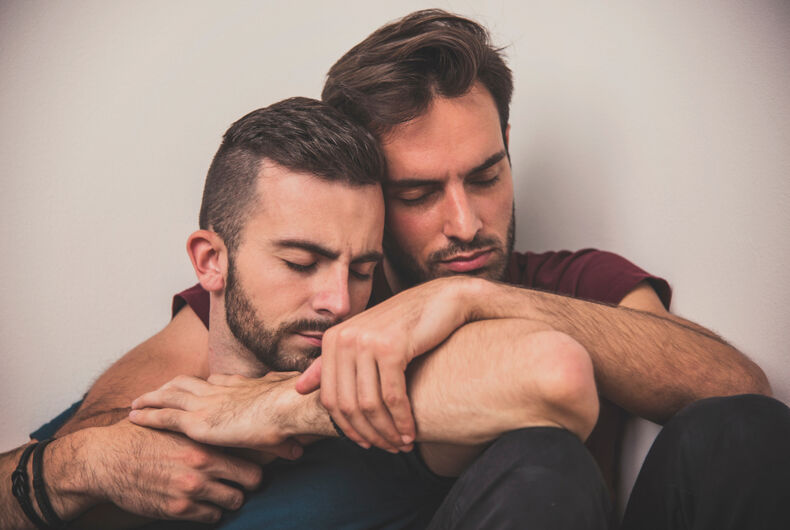 For the first time, Russia has used its 2013 federal law prohibiting “propaganda of nontraditional sexual relationships” to split a male same-sex couple from their legally adopted 12- and 14-year-old sons.

The fathers brought their sons to a Moscow hospital in June over a suspected case of appendicitis. Doctors then alerted the Investigative Committee of Russia, and the Committee later charged the adoption agency with “negligence” for allowing the kids to be adopted by a gay man in 2010.

The Committee’s report on the matter said:

“A man has been raising two young adopted boys since 2010 in living conditions with another man. At the same time, he promotes unconventional relations, forming distorted ideas about family values ​​in children, harming their health, moral and spiritual development. [The adoption agency didn’t take] appropriate measures to protect minors from information harmful to their health and development.'”

Local activists worried that if the agency was found guilty, the ruling could be used to annul the adoption and possibly split up the family. Their worries were founded because even though the ruling hasn’t been issued yet, Russian authorities have already split the couple from their adopted sons:

“Authorities from the Committee tried multiple times to search the dads’ apartment and those of their immediate family. Eventually, investigators broke down the doors of the men and one of their brothers. They also interrogated one of their fathers for more than three hours.”

Since having their kids taken away, the couple has reportedly received legal help from two local LGBTQ organizations, Stimul and Coming Out. A spokesperson from Stimul worries that the 2013 federal law will be used to annul adoptions and break up even more same-sex families.

Even though same-sex couples aren’t allowed to adopt in Russia, single parents are.

In a 2019 Financial Times interview, Russian President Vladimir Putin said, “Let everyone be happy, we have no problem with that. But [LGBT people] must not be allowed to overshadow the culture, traditions and traditional family values of millions of people making up the core population.”

This truck driver is nearing retirement age, but he’s started a new career… as a makeup artist