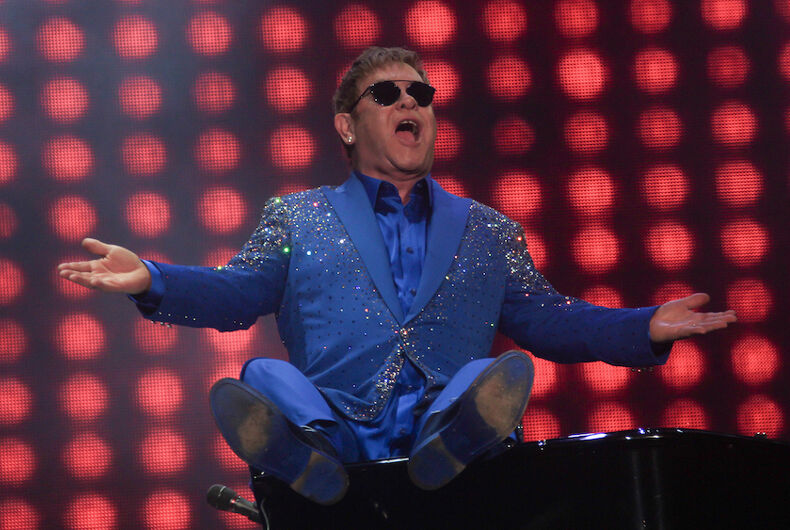 This morning Elton John published an Instagram post commemorating his 29 years of sobriety. His commemoration coincides with a renewed push within our community for sobriety and sober spaces as a way to welcome queer people recovering from substance abuse issues.

In his Instagram post, John wrote, “29 years ago today, I was a broken man. I finally summoned up the courage to say 3 words that would change my life: ‘I need help.’ Thank-you to all the selfless people who have helped me on my journey through sobriety. I am eternally grateful.”

Numerous studies have shown that the LGBTQ community is disproportionately affected by alcoholism. One study by the Center for American Progress (CAP) found that 25 percent of gay and transgender people abuse alcohol, compared to five to 10 percent of the general population. CAP concluded that societal stigma, discrimination and “a lack of culturally competent health care services” all contribute to our higher rates of alcohol abuse.

While the modern LGBTQ rights movement started in The Stonewall Inn bar, there’s an increasing push for “sober spaces” in our community, and not just as a way to fight alcoholism.

By law, bars can only welcome people 21 or older, leaving LGBTQ youth with few venues to find acceptance and older mentorship. As more gay bars continue to close, there’s a need for other venues where we commit to different sorts of community building, like watching films, discussing politics and creating art. These venues could also do better than gay bars have about being more emotionally accessibility to queer people of color, trans, non-binary, poor and older people as well as people with disabilities.

Queer coffee bars and sober meet-ups have begun popping up in U.S. cities, the website LGBT Teetotaler works to provide sober queers with community support and the group Out and Sober has started offering an Alcoholics Anonymous-style support groups for queer people across the nation.

While none of these efforts will resolve our community’s alcoholism on their own, together they can provide social outlets and support for people who share Elton John’s quest for sobriety.