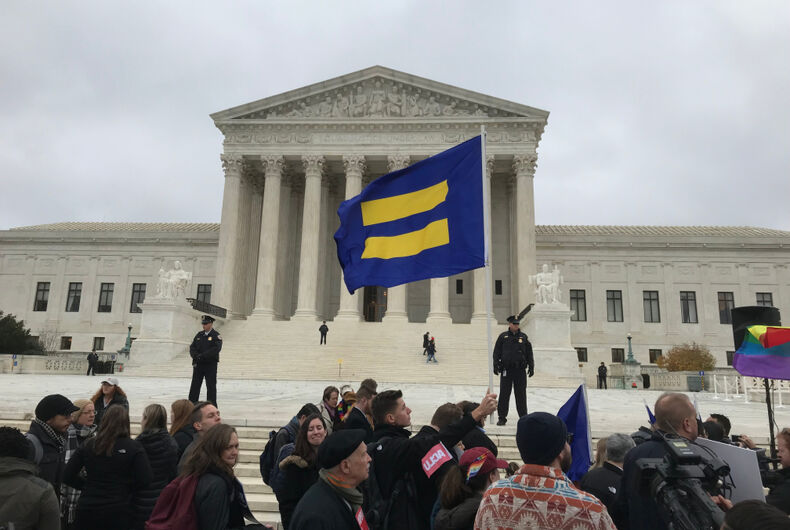 By all accounts, Anmarie Calgaro was hardly a model mother. That hasn’t stopped her from trying to make life harder for her daughter – and other teenagers with abusive or neglectful parents.

Calgaro’s transgender teenage daughter moved out, put herself through high school, handled her own finances, and was legally emancipated when she started to transition with the support of her school, case workers, and doctors. Calgaro sued, saying that as the parent she still had the right to medical decisions for her daughter and she didn’t approve of the decision to start the process.

She lost her case in district court and a three-judge panel of the 8th U.S. Circuit Court of Appeals upheld the ruling, pointing out that her daughter, identified in court papers as E.J.K., was over the age of 18 by then and had finished high school. Now Calgaro is taking her case to the US Supreme Court.

E.J.K. moved out in 2015 and was emancipated at age 15. The legal procedure terminates parental rights and declares the juvenile an adult and capable of making legally-binding decisions on their own.

“Unbelievably, Minnesota statutes authorize a county to deem a minor ‘emancipated’ to receive welfare payments to live on their own and allow medical providers to void parental input if it determines the minor is living apart from the parents and is managing his or her own personal financial affairs,” Erick Kaardal, an attorney for the Thomas More Society, said in a statement.

That is how the law works – for a reason. That can be incredibly important for LGBTQ youth especially who are frequently kicked out of their homes after coming out. Leaving kids who have been abandoned or forced out of their homes without access to housing, medical care, or a way to pay bills is simply cruel.

In court papers, E.J.K. described her parents as verbally and physically abusive, but Calgaro’s lawyers said she “retained her unconditional love” for her daughter.