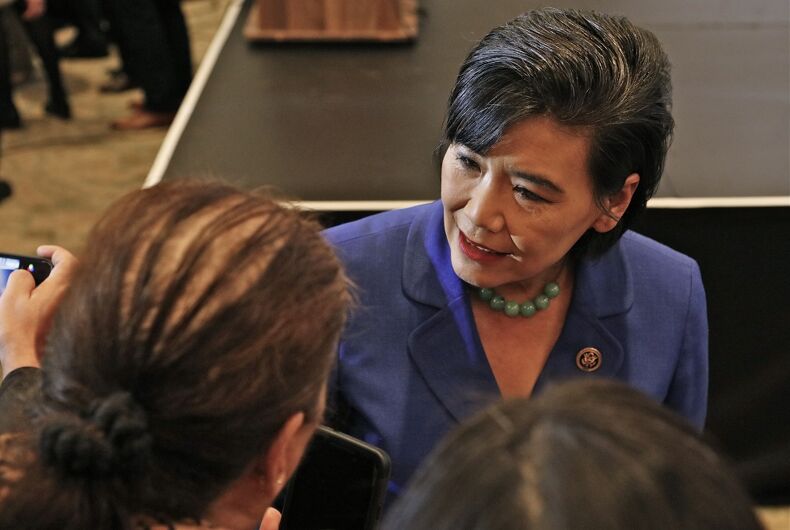 Yesterday the U.S. House voted unanimously in favor of the PRIDE Act, which would retroactively give same-sex couples the federal tax benefits of marriage.

People can file amended tax returns for up to three years after they originally filed, but the PRIDE Act would allow same-sex couples who were married before 2013 to file for the entire time that they were married.

“This bill corrects injustices in our laws that failed to recognize the reality of legal same-sex marriage in our country,” Representative Chu said in a statement. “Legalizing same-sex marriage has meant greater equality for families across our country. It’s time our tax code reflect that.”

The Joint Committee on Taxation found that the legislation would return up to $67 million to taxpayers.

“Advancing the PRIDE Act is a critical step in bringing our nation closer to fulfilling its founding promise that all are created equal,” Speaker Nancy Pelosi said in a statement. “As we celebrate this important success, House Democrats will continue to drive progress for all Americans, making clear that liberty, justice and equality are America’s guiding principles – not bigotry or discrimination.”

Senator Elizabeth Warren (D-MA) has introduced similar legislation in the Senate. It faces an uphill battle there.