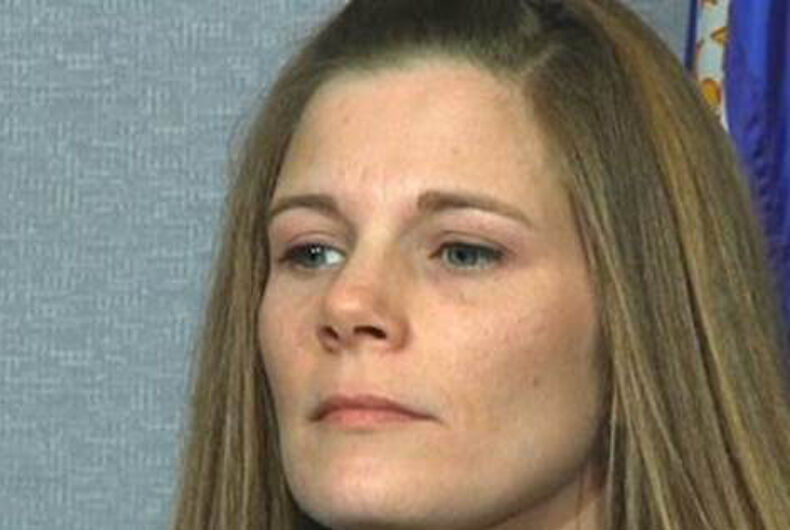 Annmarie Calgaro and her lawyers say they will take their wrongheaded lawsuit to stop her transgender daughter’s transition to the U.S. Court of Appeals, now that a Minnesota judge has tossed it out.

In November, Calgaro sued her daughter — known in court documents as EJK — as well as Saint Louis County, two nonprofit health care providers, the St Louis School Board, the principal at her daughter’s school, and the director of the county’s Health and Human Services agency.

They all helped her daughter with her gender transition, according to the lawsuit, which claimed treatment began in 2015 and that her daughter did so without her permission. The mother, from northern Minnesota, said that decision violated her parental rights.

Calgaro claimed that daughter was considered “emancipated” without the consent of herself or her stepfather or biological father, which she claimed in the suit was also a violation of her rights.

However, as Gay Star News first reported, Judge Paul Magnuson concluded the defendants cannot be held liable as they are legally unable to declare EJK emancipated and “did not act under color of state law.”  Minnesota law does not allow a minor like EJK to become emancipated from her parents unless a state court makes that decision, and that has not happened in her case.

“My providers had no involvement in my decision not to involve my mother in my health care decisions,” the teen said in court papers obtained by NBC’s Mary Emily O’Hara. “I was not pressured in any way by my providers to consent to this treatment.”

EJK turns 18 this summer, following her high school graduation and has been accepted into a number of college nursing programs.

Calgaro is represented by right-wing attorneys from the Thomas More Society, the conservative, pro-life law firm based in Chicago.