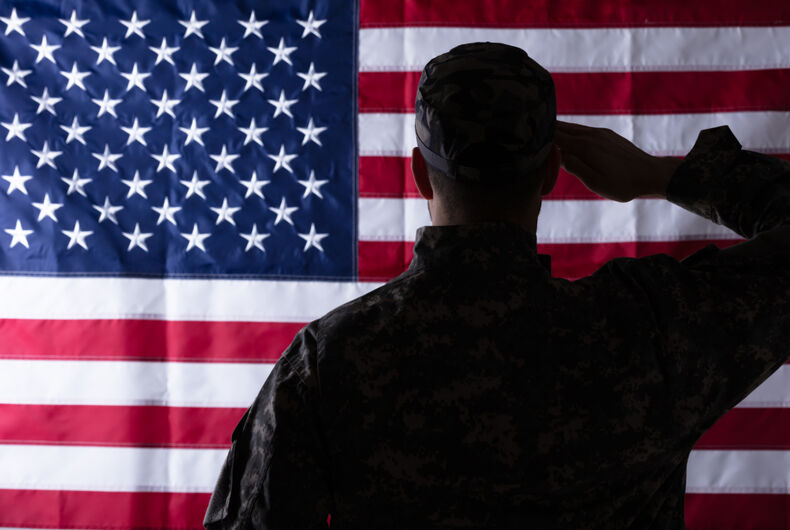 A lawsuit against the removal of two HIV positive airmen from service is getting some big support behind it, including former secretaries of the Army, Navy, and Air Force.

The suit, Roe and Voe v Shanahan, is before the U.S. Court of Appeals for the Fourth Circuit following a preliminary injunction from February that prevented the Air Force from discharging service members with HIV.

“It is long past time for the U.S. military to integrate the latest medical science regarding HIV into military policies and to stop discriminating against servicemembers with this medical condition,” said former Secretary of the Navy Ray Mabus in the brief.

“I urge the Pentagon to update its policies to allow HIV-positive members to serve fully. There is only one qualification required to serve in our military: the ability to do the job. And these individuals can do the job as well as anyone else.”

Other amicus briefs include one that includes 5,000 physicians, scientists and healthcare professionals, and another from AIDS United, the American Public Health Association, and the National Alliance of State & Territorial and Directors (NASTAD).

At the heart of this lawsuit is a bureaucratic snafu. For years, members of the military who are HIV positive have been prevented from serving overseas without a waiver, a policy that had merely limited the opportunities of these service members.

In February 2018, that changed. The administration launched a “deploy or get out” policy that removes servicemembers who have been seen as non-deployable for at least 12 consecutive months.

Two members of the US Air Force, identified in legal documents as Richard Roe and Victor Voe, tested positive for HIV, and had begun antiretroviral treatments shortly thereafter. Doctors deemed them fit enough to deploy. Both were relieved of duty prior to Thanksgiving 2018, and neither was offered any alternative positions within the military.

“Given the assessment of military experts and the advances in HIV treatment, the Pentagon’s policy of refusing to deploy — and now to  discharge – HIV-positive servicemembers who honorably serve our country is utterly discriminatory, outdated and unnecessary,” said HIV Project Director and Counsel at Lambda Legal, Scott Schoettes.

“As the world’s largest employer with 2.5 million employees, it is outrageous that the Department of Defense has a harmful and unlawful policy that perpetrates stigma, jeopardizes public health, and dishonors servicemembers.”

HIV positive personnel are barred from deploying to the Middle East, a common spot for airmen to be deployed.

The administration was ordered to stop discharge proceedings against the two airmen after a federal judge directed Department of Defense and Acting Secretary of Defense Patrick Shanahan to halt the proceedings.

This appeal will be heard on September 18 in the Fourth Circuit in Richmond, Virginia.

Who is Marianne Williamson & why should LGBTQ people care?

The GOP tried to censure a Congressman for marrying a gay couple. It didn’t go as expected.