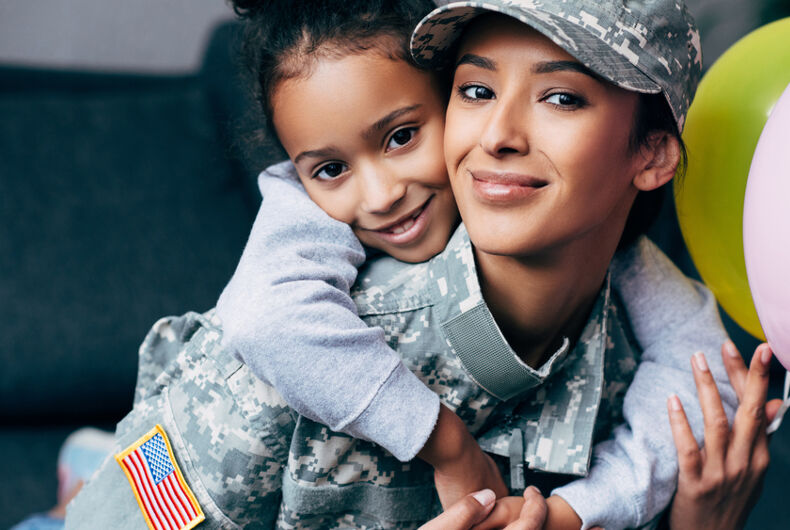 Over the 4th of July holiday weekend you might’ve missed this piece of political news: This week, the U.S. House voted to defund Trump’s transgender military ban.

Politico.com reports, “During debate on a $1 trillion spending package, lawmakers voted 243-183 to adopt an amendment from Representative Jackie Speier (D-Calif.) to block funding to implement the new policy, which Democrats slammed as discriminatory and arbitrary.”

And since there are only 235 Democrats in the U.S. House, that means that a handful of Republicans also voted against funding Trump’s trans troop ban.

Democratic Representative Anthony Brown of Maryland said, “The president and his administration wrongfully argue that it’s about military readiness and unit cohesion, but these arguments are the same ones that were made to keep the military racially segregated.”

However, as with most progressive votes in the U.S. House, the same vote isn’t likely to happen in the Republican-led U.S. Senate. In fact, at least one Republican representative, Ken Calvert of California, has said that Republicans shouldn’t support the House’s recent vote because it undermines troop readiness.

Trump originally announced his transgender troop ban in July 2017 via Twitter. Despite various federal circuit court-issued injunctions to stop its implementation, in January 2019 the U.S. Supreme Court ruled 5-4 to lift the injunctions and let the ban begin.

Trump originally said the military ban is a cost-saving measure, stating, “[The military] cannot be burdened with the tremendous medical costs and disruption that transgender in the military would entail.”

But the military was only spending $2.4 million to $8.4 million annually on trans-related healthcare — nearly five to 20 times less than the $41.6 million it spends annually on the erectile dysfunction medication.

“According to a 2017 estimate by the Palm Center, a think tank that researches LGBTQ military policies, the cost of replacing transgender troops could be as high as $960 million,” reports MSNBC.

This family accidentally boarded a Pride flight & had a fabulous time