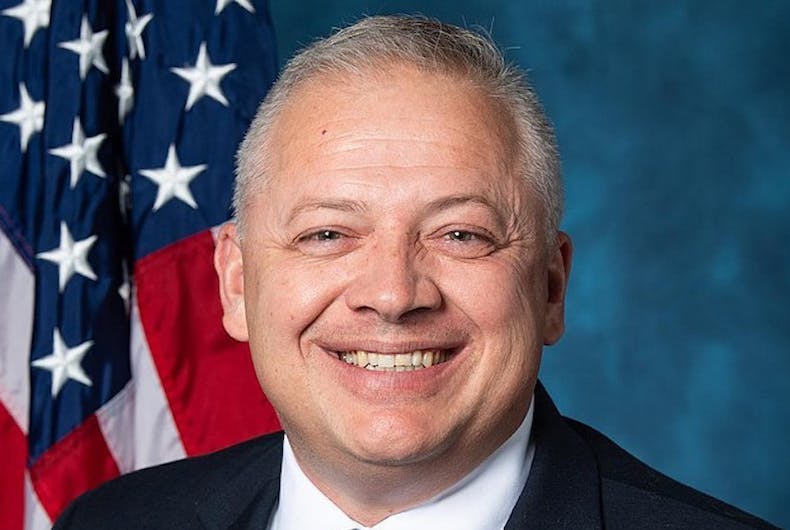 Earlier this month, Republican House Rep. Denver Riggleman of Virginia officiated a same-sex wedding for Anthony LeCounte and Alex Pisciarino, two gay Republicans friends and former campaign volunteers. The wedding was July 14 at a vineyard in the Blue Ridge Mountains.

But when his Republican colleagues in a committee representing Virginia’s 5th congressional district found out about his involvement, some of them tried to formally censure him for “failing to uphold the Republican Party platform [which] states ‘marriage is between one man and one woman,'” according to Roanoke.com.

Referring to the Supreme Court Justices, it states, “Five unelected lawyers robbed 320 million Americans of their legitimate constitutional authority to define marriage as the union of one man and one woman. The Court twisted the meaning of the Fourteenth Amendment beyond recognition.”

Basically, the platform says that the government and citizens should have the right to discriminate against same-sex couples. And some of Riggleman’s colleagues think the platform gives them to right to persecute him for thinking otherwise.

During a closed session meeting on Saturday, two dozen committee members discussed passing a formal motion to reprimand Riggleman. But after only receiving four votes of support, the motion died, leaving Riggleman uncensured.

Riggleman said, “My real belief is that government shouldn’t be involved in marriage at all, but if it is, everybody has to be treated equally before the law. And that is part of our Republican creed. And it also comes down to love is love. I’m happy to join two people together who obviously love each other.”

But before you start celebrating the libertarian-minded Republican as an exemplar of progressive conservatism, he opposed the Equality Act to help ensure LGBTQ anti-discrimination protections nationwide and once voted against a resolution opposing President Trump’s ban on transgender military members.