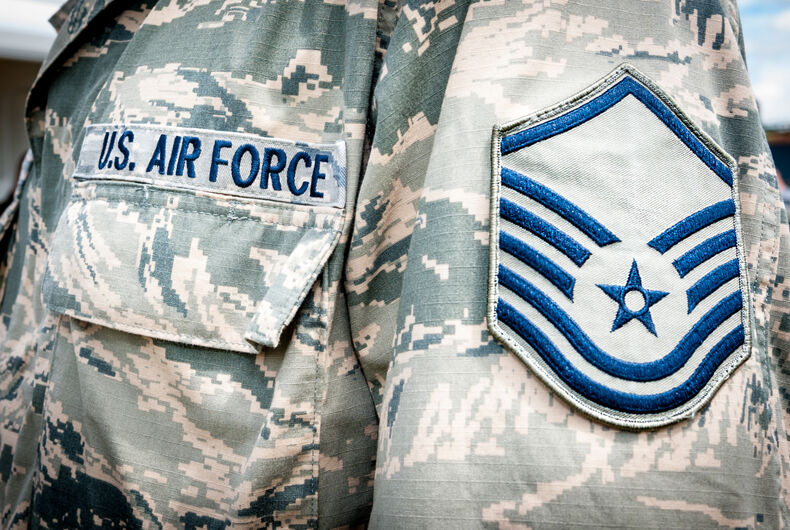 The Trump administration has been ordered to stop discharge proceedings against two airmen who are HIV-positive. A federal judge ordered Department of Defense and Acting Secretary of Defense Patrick Shanahan to halt the proceedings immediately.

Two airmen, identified in the court case as “Richard Roe” and “Victor Voe” to protect their anonymity, filed suit arguing their HIV status did not affect their ability to serve.

Last year, the Trump Administration unveiled a “deploy or get out” policy, which aims to remove service members who cannot be deployed worldwide. The policy would affect people with HIV.

The servicemen were ordered discharged after being found “unfit for continued military service” despite compliance with medical treatment and physical fitness requirements.

The men were being discharged “despite the contrary recommendations of their commanding officers and physicians solely because they have tested positive for … HIV,” court documents said.

“Even though they are asymptomatic, they adhere to a treatment regimen that has been scientifically established to halt the progression of HIV, and their viral loads are undetectable.”

“This is a major victory in our fight to ensure everyone living with HIV can serve their country without discrimination,” said Scott Schoettes, Counsel and HIV Project Director at Lambda Legal. The group filed the lawsuit on the airmen’s behalf along with OutServe-SLDN and partner law firm Winston & Strawn.

“These decisions should be based on science, not stigma, as today’s ruling from the bench demonstrates. Despite President Trump’s promise to improve the lives of people living with HIV at the State of the Union this month, his administration continues to defend these policies and others discriminating against people most impacted by HIV.”

U.S. District Court Judge Leonie Brinkema issued the ruling from the bench after hearing oral arguments this morning on both the plaintiffs’ motion for preliminary injunction and the administration’s motion to dismiss

“We are thrilled that Judge Brinkema recognized not just that the military’s policies were harming our members who are living and serving with HIV,” said Peter Perkowski, OutServe-SLDN’s Legal & Policy Director.

“But also indicated that, at least on the evidence before her, the military’s decisions were based on outdated medical science and are categorically denying people living with HIV the same opportunities as their fellow service members. We look forward to a final decision in the case.”