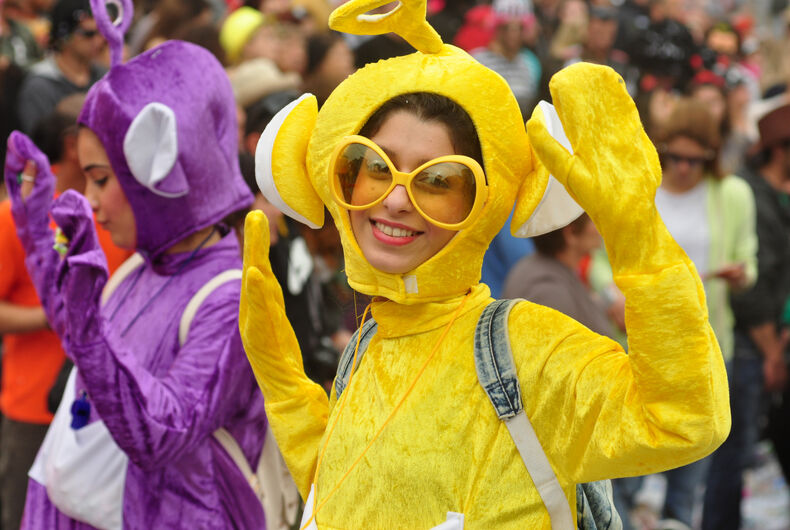 Former Trump aide Sebastian Gorka’s latest gig is hosting a conservative radio show naturally, and, of course, the man who propped up Trump makes bombastic and ridiculous claims on-air to throw red meat to the base. But this time, he’s told a doozy.

Gorka claimed that Teletubbies “started that whole trans thing” in a response to a caller complaining that millennials have been “brainwashed” by the schools and children’s programming to accept LGBTQ people. Gorka, who was drummed out of his position at the White House when couldn’t get a security clearance, disagreed.

“Ignorance is no defense. I’m sorry,” Gorka told the caller. “Above a certain age you have to take responsibility for your own education and your own understanding of the truth. Great call Ron.”

Related: An LGBTQ group trolled Trump at his own hotel

“I think that whole trans thing started with Teletubbies. Remember? One of them wore a tutu.”

In 1999, now-deceased televangelist Jerry Falwell earned nationwide scorn when he chastised the makers of the children’s program for creating what he insisted was a “gay right icon.”

”He is purple — the gay-pride color; and his antenna is shaped like a triangle — the gay-pride symbol,” he wrote in his ministry’s magazine, National Liberty Journal. He also noted that the character Tinky Winky carries a purse-like bag.

The company that licensed Teletubbies in America denied that the character was intended to be a gay role model.

A week after Steve Bannon was drummed out of the White House, his bestie Gorka also hit the exit. While he claimed he’d resigned, the White House disputed the statement and simply said he wasn’t allowed on the grounds any longer. As with most Trump advisors, Gorka had ties to Eastern European governments influenced by the Russians.

Actress Bella Thorne just came out as pansexual: ‘Doesn’t have to be a girl or a guy’

How did violence against LGBTQ people in Poland get so aggressive suddenly?