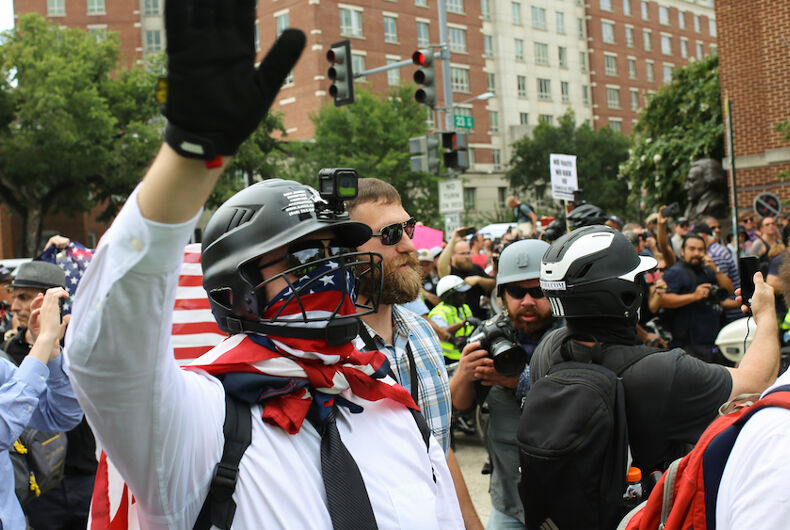 No one ever accused Israel Prime Minister Benjamin Netanyahu of being a liberal. After all, this is the man who has assiduously courted President Trump, going so far as to name a (probably imaginary) development in Israeli-occupied territory “Trump Heights.”

But there’s one big difference between the two: When it came time for Netanyahu to appoint a new Minister of Justice, he turned to Amir Ohana, a political ally with impeccably conservative credentials. Ohana is also gay.

Try to imagine Trump naming an LGBTQ attorney general. True, he did name Richard Grenell, who is gay, ambassador to Germany. But a cabinet official? The current GOP —to say nothing of Vice President Mike Pence — would never allow it.

Ohana’s appointment illustrates one of the few rifts between the U.S. right and right-wing parties in the rest of the world. LGBTQ people are often a not insignificant part of conservative politics elsewhere, as opposed to the U.S., where gay Republican politicians are rare.

Of course, it’s not as if there are no LGBTQ people on the right in America. There are a few establishment Republicans like Grenell who have signed onto the Trump agenda. And then there are people like Milo Yiannopoulos, who might kindly be described as provocateurs (or, more accurately, comic relief).

But those examples stand out as exceptions. In Europe, the right side of the political spectrum has made a concerted effort to court LGBTQ voters, especially gay men. France’s far-right Marine Le Pen actively courted the gay vote in her 2017 campaign; despite her record of homophobic and AIDS-phobic statements, one poll put her gay support at  36 percent. (By contrast, in the 2016 election, only 14 percent of LGBTQ voters voted for Trump.)

There is a history of gay participation in Europe’s far right. One of the predecessors of the current crop of nationalist politicians was Pim Fortuyn, a gay man who led a vehemently anti-Islamic political group in the Netherlands. Fortuyn was assassinated in 2002, but the anti-Muslim policies he proposed are a staple of people like Le Pen, who claim LGBTQ people are Muslim targets.

Not surprisingly, the right’s appeal to gay voters is limited by the overhang of homophobia. In Austria, the far-right chancellor, Sebastian Kurz, heads a party that was adamantly opposed to marriage equality, making his rhetoric about supporting LGBTQ rights sound hollow.

Despite these attempts to appeal to LGBTQ voters, most remain solidly liberal. What sets the U.S. apart is that the Republican party is now so much under the control of the religious right that even the idea of appealing to gay voters is a nonstarter.

The hallmark of the Trump administration has been to curry favor with its evangelical base by clawing back LGBTQ progress. Banning transgender service members, appointing openly homophobic and transphobic judges, angling to restrict marriage equality with religious liberty exceptions — these are the favors that Trump offers in return for the support he receives.

Under those circumstances, the U.S. is most like Poland, where LGBTQ people are the main target in the culture war. Not surprisingly, the movement in Poland is largely the purview of ultraconservative believers; in this case, Catholics.

The problem for the GOP is that the number of evangelicals is shrinking and the number of people comfortable with LGBTQ rights is rising. Revving up the base may work for now, but not in the long run.

At some point, Republicans are going to have to try to peel off some support from LGBTQ voters. Israel may prove the model most worth emulating. The country has no problem with out LGBTQ service members, bans workplace discrimination and allows same-sex adoptions. And, of course, it has an openly gay Minister of Justice.

Archbishop launches inquisition: All LGBTQ teachers must be fired from Indianapolis Catholic schools