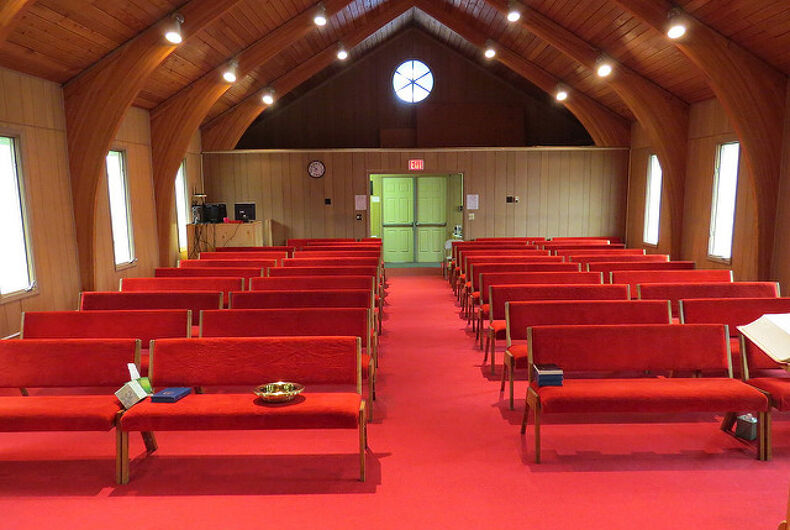 You would think from the way that conservative Christians own the Republican party that they are a massive in number. But a new survey by ABC News and the Washington Post shows that the number of evangelicals in the U.S. is on the decline.

Moreover, at this point, they are outnumbered by people who identify with no religion at all.

According to the survey, the number of white evangelicals dropped from 21 percent in 2003 to just 13 percent last year. (The number of non-evangelical white Protestants fell by six percentage points, to 11 percent.)

By contrast, the number of Americans who say they have no religion now stands at 21 percent.

The survey relies on a huge sample size: more than 170,000 Americans. As a result, its findings are very reliable.

If you’re a Republican leader, the top line numbers alone should make you sweat. But even more disturbing are the details based on age. More than a third of 18-to-29 year olds report having no religion.

That’s really bad news for the future of the GOP. In the 2016 election, two-thirds of those who said they had no religion voted for Hillary Clinton.

Previous studies have found that individuals who identify with no religion are much more likely to support LGBTQ rights.

A Pew survey from last year found that 83 percent of “nones” agreed with the question “Should homosexuality be accepted?” Only Buddhists had a higher number.

Similarly, voters not affiliated with a religion are far more likely to support marriage equality than the general population.

Of course, the argument that demographics are political destiny has been a rallying cry for liberals for years. Unfortunately, the last election proved the argument flawed. It’s only destiny if your side turns out to vote.

But at some point in the not too distant future, the shrinking size of the Christian right is bound to bump up at the ballot box against the growing number of “nones” and faithful who don’t agree with their theocratic impulses.

When it does, the Republican party will find out that the day that it had dreaded and delayed for years has finally arrived.

Is ‘Girls’ a bisexual anthem… or biphobic?