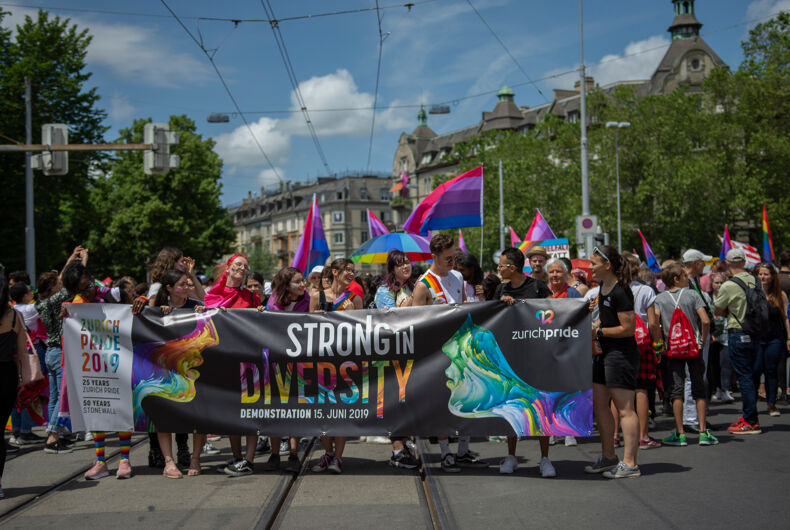 This year, Zurich, Switzerland celebrated its 25th pride parade. Thousands of people crowded the city streets to celebrate the queer rights movement and advocate for social and legal changes.

Switzerland is relatively progressive in regards to LGBTQ rights and freedoms, but there are a few legal changes that still need to take place for the queer community to gain full equality. In 1789, same-sex activities were decriminalized under the Napoleonic Code.

Same-sex relationships have been legally recognized since 2007, when the Registered Partnership Act came into effect, but marriage is still banned in the country. Full joint adoption and access to reproductive assistance is not available.

People have been legally allowed to change their gender since 1993, if they underwent gender confirmation surgery. In 2010, however, the government switched to allowing legal changes to documents without surgery.

There is no explicit clause in the Swiss constitution prohibiting discrimination on the grounds of gender identity or sexual orientation. However, Artifact 8 of the constitution guarantees equal treatment before the law, citing that the individual is protected from discrimination based on their “way of life.”

A growing amount of social acceptance for the LGBTQ community have sparked these relatively recent changes, and will continue to influence further progress.

Here are some photos from recent Pride Parades in Zurich: