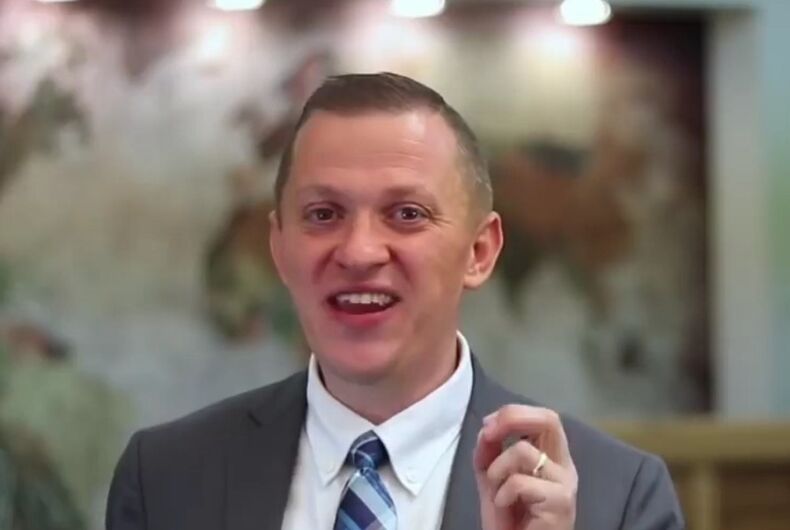 A group of anti-LGBTQ preachers will be hosting a “Make America Straight Again” conference this weekend in Florida, three years after the Pulse nightclub shooting.

The preachers, associated with the New Independent Fundamentalist Baptist Church, put together the conference in Orlando as a way to dishonor those who died in the gay nightclub shooting that left 49 people dead on June 12, 2016.

According to a promotional video put together by pastor Patrick Boyle of the Revival Baptist Church in Orlando, the three-day conference will be “exposing the reprobates.”

He said that the speakers invited to the conference are known for “making a vocal stand against the Sodomites and their filth that they’ve been spreading to the homes of families across the world and the United States of America.”

One of the scheduled speakers is Steven Anderson, who praised the Pulse nightclub shooter for killing “a bunch of disgusting perverts and pedophiles” and “disgusting homosexuals who the Bible says were worthy of death.”

He has been banned from dozens of countries because of his extreme anti-LGBTQ hate speech.

Sacramento-based preacher Roger Jimenez is also scheduled to appear. In 2016, he said of the Pulse shooting: “Are you sad that 50 pedophiles were killed today?”

“If we lived in a righteous government, they should round them all up and put them up against a firing wall, and blow their brains out.”

Tommy McMurtry will also attend. He once said that “homos” should be “put in their place: six feet under.”

Boyle himself has made extreme statements, which he highlights in his own promotional video: “God hates homos. Amen. God hates the faggots and the queers and the LGBT crowd.”

He also called for “capital punishment for everybody that’s a homo, amen.”

McMurtry also posted a video to YouTube – where his channel is called “Let God Burn Them Quickly” (as in, “LGBTQ”) – to promote the Make America Straight Again conference.

He said that attendees should pray for violence at the conference, since it is being held on the same weekend as Orlando’s Pride festivities.

“Pray that if they do any protests, that it gets violent,” he said. “They have Stand Your Ground in Florida. So we’re allowed to fight back.”