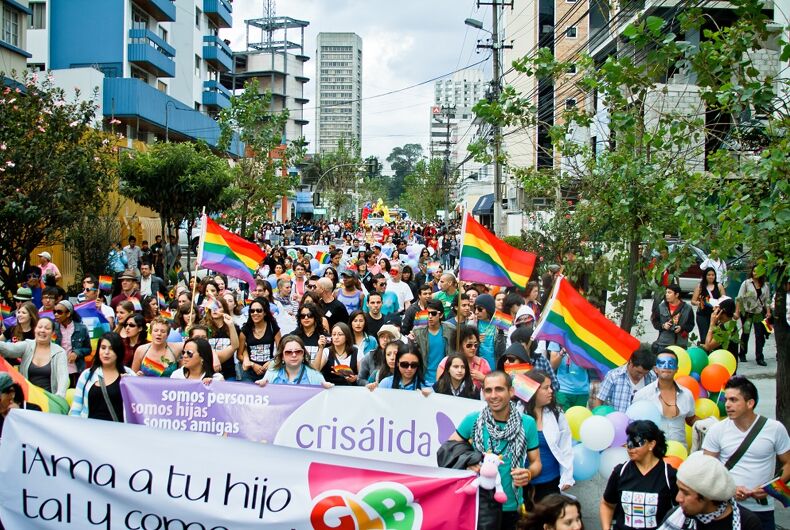 The Constitutional Court in Ecuador ruled in favor of marriage equality yesterday, making it the fifth country in South America to do so.

The court ruled in a 5-4 decision that the country’s constitutional ban on marriage for same-sex couples was discriminatory. The judges said that their decision is binding on the country.

“It means Ecuador is more egalitarian,” said Christian Paula, a lawyer with the LGBTQ organization Patka Foundation. “It recognizes that human rights must be for all people without discrimination.”

The case was brought by two gay couples. One of them, Efraín Soria and Javier Benalcázar, has been together for 12 years.

“I want to say hello to Javier, who is in Guayaquil: ‘Honey, I love you,'” Soria said, in Quito to hear the ruling.

The ruling comes over a year after the Inter-American Court on Human Rights ruled in favor of marriage equality. That court’s decisions are binding in the 20 member countries – including Ecuador – although not every country has moved to implement the decision.

Ecuador’s constitution was approved in 2008 and contains a provision that defined marriage as one man and one woman. The four dissenting judges said that the Constitutional Court does not have the power to overturn a constitutional provision and that the National Assembly should consider changing the constitution.

This cop called for America to slaughter all ‘sodomite reprobates.’ They’re letting him ‘retire.’