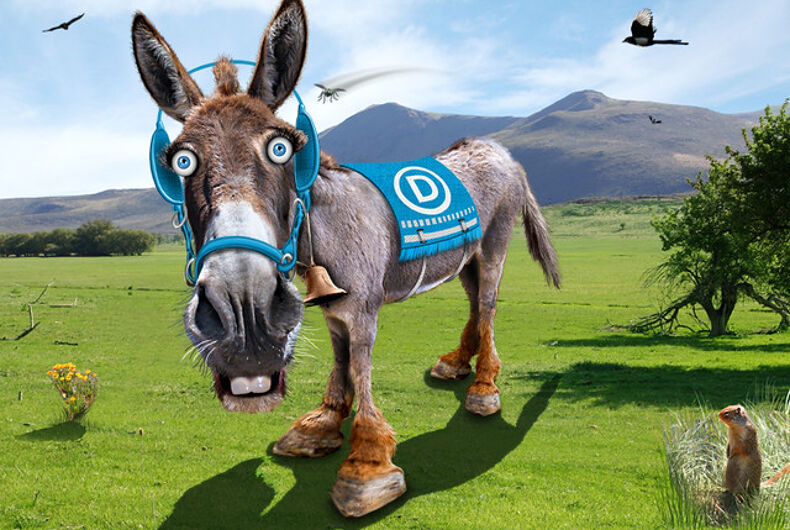 Few politicians can stop themselves from humming “Hail to the Chief” when they pass a mirror. But for the most part, reality intrudes and they go back to the legislative grind.

Not this year. At least, not for Democratic politicians.

A grand total of 21 Democrats have announced that they’re running for president. The latest to jump into the race is Sen. Michael Bennet from Colorado. Sounding a lot like any generic Democrat, Bennet said that he’s running to change the lack of economic mobility and “restore integrity to our government.”

If you’ve never heard of Bennet or Hickenlooper, you’re not alone. They join a long list of politicians little known outside of their state who are dreaming about placing their hand on family Bible while Chief Justice John Roberts swears them in.

And we’re not done! New York City Mayor Bill de Blasio is apparently ready to throw his hat into the ring soon.. Apparently watching the mayor of South Bend, Indiana get all that attention convinced him that the Big Apple’s top dog would do even better.

Every cycle there are candidates who run for president to make a point (like Bernie Sanders in 2016) or raise their visibility for a job in the winner’s administration (like Washington Gov. Jay Inslee this year). But never before have the Democrats had such a bumper crop of presidential wannabes.

It would be ridiculous if it didn’t have serious consequences. A huge field increases the chances of a long, brutal primary season. So far, the candidates have largely been playing nice (although Bernie is characteristically antagonistic to perceived enemies).

But with so many candidates in the field, the lure of negative campaigning is strong. One way to make yourself bigger is to tear everyone else — or at least your main opponent — down. That leaves the eventual nominee muddied, which is exactly what Republicans want.

A divided field also opens the way to a contested convention. In that scenario, no candidate enters the convention with enough delegates to win outright. That leaves the decision in the hands of 789 superdelegates, who are party regulars not chosen in the primaries. The candidate who wins their support emerges victorious, but not until the party has gone through the wringer, leaving some bitter losers in its wake.

Of course, the last party to have such a huge field was the Republican party in 2016. The party’s disarray allowed for Donald Trump to emerge the nominee and remake the GOP the party of racial resentment.

None of the potential Democratic choices would be nearly as dire as Trump. But to win, Democrats need to be united and focused. A long, drawn out battle for the nomination isn’t the route to that goal.