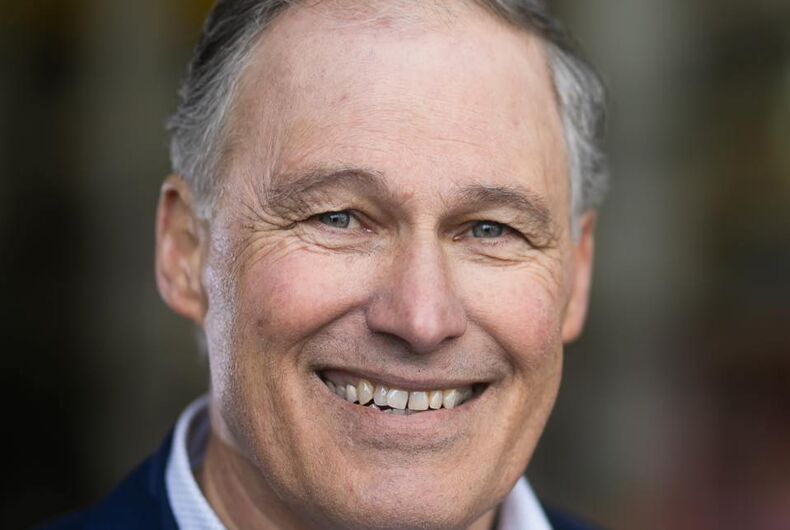 The list of Democrats seeking the party’s presidential nomination keeps growing and some of the biggest names—Joe Biden and Beto O’Rourke—have yet to make their intentions clear. The latest to jump into the fray: Washington Gov. Jay Inslee.

Inslee has been broadly hinting for months that he was going to run and run on a single issue: climate change. Single-issue candidates at the national level are rare—and rarely successful. It’s unclear whether Inslee realistically expects to win or whether (more likely) he’s auditioning for a position in the next Democratic president’s cabinet.

Here’s a look at Inslee and his campaign.

His resumé. Inslee is a product of the northwest, graduating from the University of Washington and Willamette University School of Law. He started out as a prosecutor before become a state legislature. He was elected to Congress from Washington in 1992 but lost his re-election bid.

Why he’s running, in his own words. “I’m the only candidate who will make defeating climate change our nation’s number one priority.”

Campaign theme. It’s all about the climate. Even his campaign logo looks like a warning about the death of planet earth from fossil fuel poisoning.

LGBTQ record. Inslee has a solid record on LGBTQ issues. When, as Indiana govenor, Mike Pence signed anti-gay religious freedom law in 2015, Inslee moved quickly to ban Washington state workers from traveling to Indiana. He’s signed into law a bill banning conversion therapy and was an early supporter of marriage equality, well ahead of other Democrats.

Pros to his candidacy. With his background in Congress and as a governor, Inslee is certainly a credible candidate. Being a single-issue candidate will help to set him apart from a crowded field. By framing climate change as the major challenge before the nation, Inslee is able to talk about other imprtant issues, including the economy and national security.

Cons to his candidacy. Jay who? If you live outside the Pacific Northwest, you probably haven’t heard of Inslee before. With such low name recognition, it’s hard to see how Inslee can distinguish himself in a crowded field.

Moreover, Inslee is an older (68) white male at a time the party is celebrating diversity, and he’ll never win a charisma contest. While tackling climate change is a noble (indeed essential) cause, it never ranks high on a list of voter concerns.

Finally, while Inslee can claim credit for some important advances to battle climate change as governor, critics say he hasn’t been the successful trailblazer that he’d like everyone believe he is.

His odds. Let’s put it this way: In several surveys of presidential candidates, Inslee has polled at zero percent. But as a strategy to get a position as, say, Secretary of Energy or EPA Administrator in the Kamala Harris or Cory Booker administration, the campaign may be successful in the ways that matter most to Inslee.

Only 20 U.S. states use this proven method of reducing suicides among gay, lesbian & bi youth