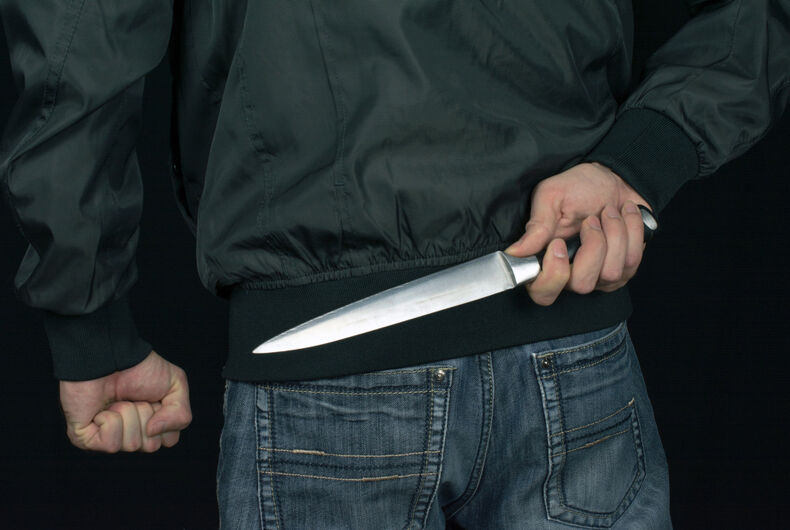 Out presidential candidate Pete Buttigieg, the South Bend, Indiana, mayor who’s become a rising star in the Democratic party, is fending off allegations he made a racially insensitive comment after detractors hauled out a quote from a speech he made about police corruption in the city.

Buttigieg used the phrase “all lives matter” during State of the City address as a way of addressing race relations during a time of conflict. The speech was given after the Black Lives Matter movement rose to national prominence and conservatives and white supremacists started to use the “all lives matter” phrase as a way of downplaying the social injustice perpetrated against black Americans by police.

“The Mayor’s comment was in the context of discussing racial reconciliation in his 2015 State of the City speech,” said Lis Smith, a spokesperson for Buttigieg, in a statement. “He believes black lives matter and that has been reflected in his actions as mayor of South Bend.”

The controversy stems from actions taken by former police chief Darryl Boykins, who is black. In 2010, calls on a police department telephone line were accidentally recorded. When it was discovered, Boykins insisted that the line continue to be recorded after a handful of high-ranking officers were heard making racist comments about Boykins and discussing breaking the law.

Related: Pete Buttigieg says that Mike Pence is ‘complicit’ in the rise of white nationalism

Buttigieg demoted Boykins and the communications director who continued to record the telephone line at Boykins direction after a wiretapping investigation was launched to determine the legality of the recording. Indiana law does not permit phone calls to be recorded unless at least one party on the call consents to the recording.

When the local city council requested copies of the recording, Buttigieg refused, citing the ongoing investigation and pointing out that releasing the recordings would violate federal wiretapping laws. His refusal set up a legal battle and caused further strain between the local police and black residents.

“It’s time for South Bend to begin talking about racial reconciliation,” he said during the speech according to transcripts published by the South Bend Voice. “That means honest, frank discussions that allow city leaders, law enforcement, and community members to face the mistakes of the past and establish shared ground for the future.”

“There is no contradiction between respecting the risks that police officers take every day in order to protect this community, and recognizing the need to overcome the biases implicit in a justice system that treats people from different backgrounds differently, even when they are accused of the same offenses,” Buttigieg continued.

“We need to take both those things seriously, for the simple and profound reason that all lives matter.”

Former presidential candidates Hillary Clinton and Martin O’Malley both came under fire during the last Democratic primary race for using the phrase “all lives matter” after the Black Lives Matter movement had started. Clinton went on to win the nomination.

Buttigieg is currently polling in third place in Iowa, after Senator Bernie Sanders and former Vice President Joe Biden. He reported a whopping $7 million in donations to his campaign in the last quarter in numbers released earlier this week.