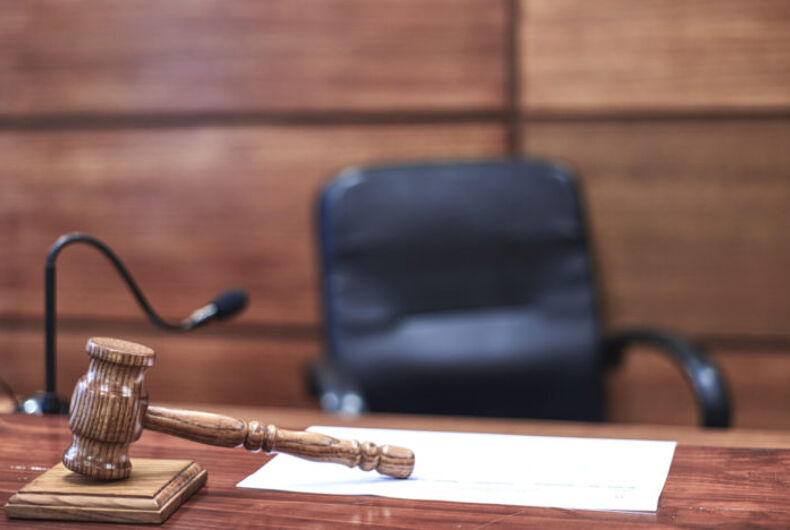 A Catholic school in Ohio is suing over a municipal law that bans discrimination against LGBTQ people.

South Euclid, a suburb of Cleveland, passed an ordinance last year that banned discrimination based on sexual orientation and gender identity in employment, housing, and public accommodations. The ordinance has an exemption for any “religious or denominational institution.”

The school’s dean Mark Langley commented during a city council hearing on the ordinance that not being allowed to discriminate is a form of discrimination, Prizm reports.

“When you say you can’t discriminate against one, you are actually discriminating against others,” he said. “Do you see the logic in that?”

The Lyceum is a small private school with only seven full-time teachers that says it provides a “classical Catholic education.”

With help from the Alliance Defending Freedom – an anti-LGBTQ hate group known for their work opposing civil rights legislation like in the Masterpiece Cakeshop case – the school filed a federal lawsuit in the U.S. District Court in Cleveland, arguing that its religious freedom is violated by the ordinance.

“Religious schools have a right to operate consistently with their beliefs, but the city’s ordinance jeopardizes this right — and threatens to crush The Lyceum,” the school’s lawyer said in a statement.

In a statement, Equality Ohio said that the Alliance Defending Freedom is trying to “intimidate” LGBTQ people.

“Multiple courts, including the Supreme Court in Masterpiece [Cakeshop], have upheld the constitutionality of including LGBTQ people in nondiscrimination laws. What South Euclid has on the books is no different.”