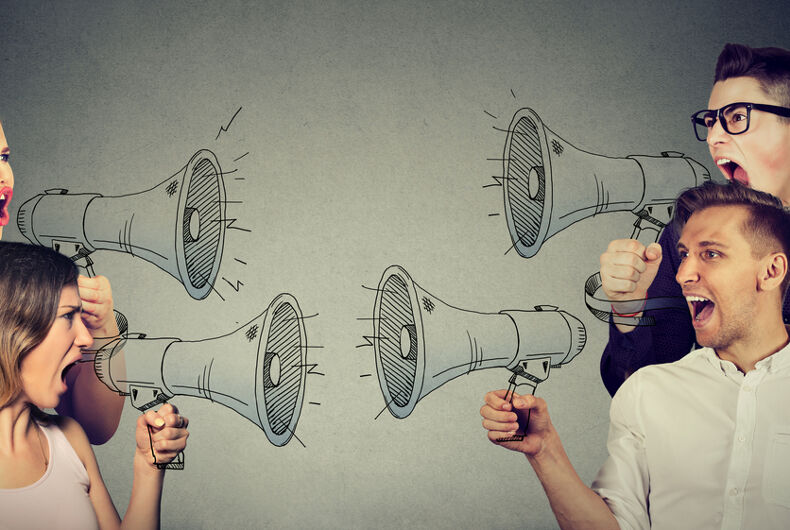 During the current presidential sweepstakes season, many people, from pundits to potential voters on all sides of the political aisles, pose arguments regarding whether we should consider a woman as the next President of the United States.

Several in favor cite temperament and character differences between males and females as a result of biology in terms of variances in brain development and hormonal output. They assert that because of these differences, women tend to exhibit more compassion, are better at listening to the needs of and empathizing with others.

Women, therefore, are more capable of working to bring people of varying personalities and political agendas together, and in doing so, will heal the nation from its partisan wounds.

Not-so serendipitously, many in opposition opine biological differences as well. Many raise the notion of women’s essential unsuitability to function as leaders by asserting that their very disposition makes them crack under the constant and intense pressures of the presidency.

Nature, they claim, created women to birth and raise children while establishing men as “natural” leaders and warriors. Women, therefore, must serve in the home and not in the houses of government.

Others employ the “environment” arguments that females, since they are raised to serve as nurturers, to consider the needs of others over the needs of self, are best suited to lead and serve “we the people” without consideration of vain glory.

Using “environment” to oppose the elevation of women to the highest executive position in the land, many contend that women are “too weak” to make and remain constant in their decision-making process, that they would sway too easily to public opinion, and that they are more concerned with being liked than being firm. In addition, they claim that women who climb the ladder of power act more and more like men than as women – that they become “manlike.”

While the jury is still out on this “nature v. nurture” controversy, it is clear that getting stuck in this binary view of the sexes having essential and essentialized differences, either through biology or upbringing, certainly justifies the systemic oppression suffered by females in our patriarchal culture of male domination and control. This debate is a dead end.

Even the simplest investigations of the 45 male Presidents shows a group with a vast range of character traits, leadership styles, temperaments, interests, and competencies of which no biological or environment explanations alone or in tandem could possibly explain.

Throughout history, in many cultures and time frames, and except for the United States in reference to our peer nations, women have filled powerful chief positions.

If a woman succeeds in earning the coveted position as presential nominee of her party, would Kamala Harris serve just like Elizabeth Warren, for example, or would either display similar temperaments as Nikki Haley or Kirsten Gillibrand?

Will all transgender women or men or non-binary leaders within their gender identities exhibit very similar temperaments? For that matter, will our next biracial President of any gender or party affiliation exhibit similar temperament qualities and weaknesses as Barack Obama?

When anyone raises theories of essentialized differences between the sexes as justification for opposing women’s or trans people’s capacities to lead, I am reminded of a quote by Alfred Rosenberg, chief Nazi ideologue.

“The emancipation of women from the women’s emancipation movement is the first demand of a female generation trying to rescue nation and race, the eternally unconscious, the foundation of all civilization, from decline,” he said. “A woman should have every opportunity to realize her potential, but one thing must be made clear: Only a man must be and remain judge, soldier, and politician.”