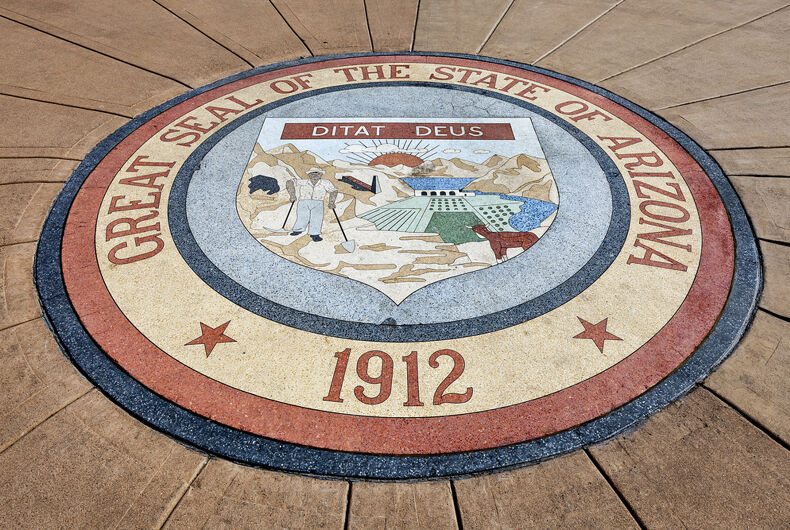 The decision to repeal the law came two weeks after the National Center for Lesbian Rights and Lambda Legal filed a lawsuit challenging the law on behalf of Equality Arizona. The state’s attorney general announced this week that he would not defend the law in court, saying it was obviously unconstitutional.

“A full repeal is an amazing development, as it removes the harmful and discriminatory language that we specifically challenged in the lawsuit,” NCLR Senior Staff Attorney Julie Wilensky said. “We are grateful to the leadership of Arizonans who have been advocating for many years on this issue.”

“The writing was already on the wall, considering that the Arizona attorney general had already signaled they were not going to defend the law in court,” said Lambda Legal Staff Attorney Puneet Cheema. “We are thrilled that state officials have moved so quickly to get this harmful law off the books and allow LGBTQ students – in fact all students – to get access to the medically-accurate information that literally could save their lives.”

“The repeal of No Promo Homo is not a victory for one person or for one group. This is something that all of us share in because we were able to come together in a bipartisan way to ensure that Arizona students never have to feel like they stigmatized for who they are,” said Arizona State Representative Daniel Hernandez.

Extremely proud today that the AZ State House voted 55 to 5 to repeal the harmful "No Promo Homo" law. An important win for the LGBTQ community. So proud of all the people who worked to get this done.

Here's my speech from the floor pic.twitter.com/Y0V5K4mmmh