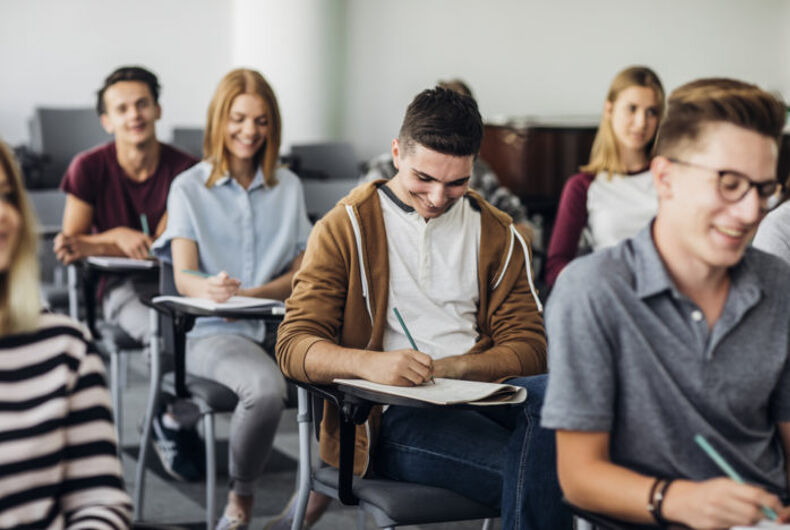 The attorney general of Arizona said that he won’t defend the state’s anti-LGBTQ curriculum law.

Arizona has a law that bans schools from portraying “homosexuality as a positive alternative lifestyle” and from teaching safer sex methods for gay people.

Related: Proposed Arizona law would fire teachers if they talk about LGBTQ issues in class

Brnovich sent a letter to state House Speaker Rusty Bowers and state Senate President Karen Fann to inform them of his decision and to give them “adequate time and information to make an informed decision” about whether the state legislature will defend the law with its own attorneys.

The state attorney general’s office said that the anti-LGBTQ curriculum law “is probably susceptible to being struck down by the 9th Circuit Court of Appeals,” even if it could be defended in court.

A spokesperson for Bowers said that the state house is more focused on repealing the law than defending it in court.

“Details are still being negotiated, but Speaker Bowers expects the Legislature to revise current law to address the issues raised in the lawsuit.”

Fann said that she has not made a decision on whether to defend the law.

“A clean repeal will move Arizona away from this decades-old stigma-based approach to education,” she said in a statement. “Such legal reform is critical, given what is known about its effect on the safety and health of students in K-12 schools.”

The challenge to the law says that it violates LGBTQ students’ rights by singling them out and denying them information about safer sex.

The suit also ties the law to bullying, saying that it sends a message “that there is something so undesirable, shameful, or controversial about ‘homosexuality’ that any positive portrayals of LGBTQ people or same-sex relationships must be explicitly barred.”

While Hoffman is a named defendant in the suit because of her elected office, she has called for the state legislature to repeal the law.