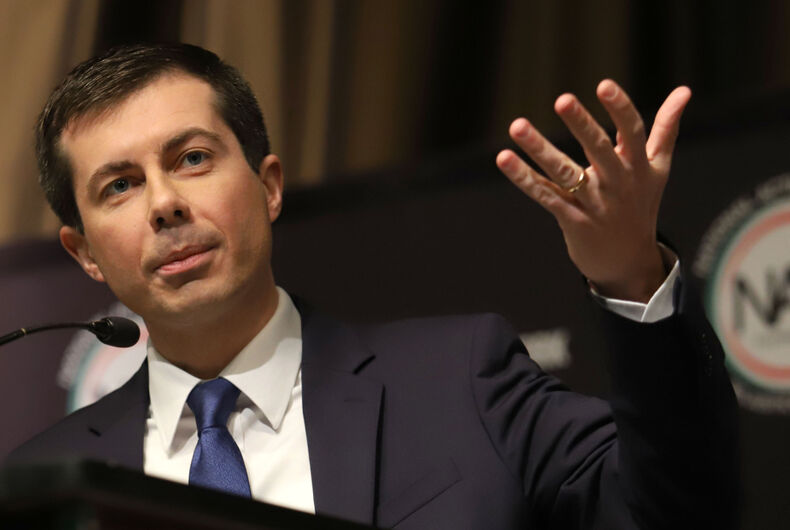 The three men are the only candidates polling in double digits. 22.9% favor Biden, 15.6% prefer Sanders, and Buttigieg claimed 10.7%.

Senator Elizabeth Warren (8.7%) and Senator Kamala Harris (6.8%) round out the top five.

11% of likely Democratic caucusgoers in Iowa said that they would pick Buttigieg as the 2020 Democratic presidential nominee in a recent Emerson Poll that showed the candidate in third place there as well. The numbers for Biden and Sanders were similar, although Harris scored fourth place in that poll.

Buttigieg scored 0% in the Iowa polling in January.

“The emerging dark horse in this race may be Pete Buttigieg, who has gone from a virtual unknown to vault to 11 percent support, trailing only Biden and Sanders and ahead of Warren,” New Hampshire Institute of Politics Executive Director Neil Levesque said in a press release.

“His emergence as a factor is driven by a 33-point increase in name recognition, almost all of it favorable. He even carries a slight 16-14 lead over Sanders in vote-rich Merrimack Valley.”

Buttigieg also had the lowest “unfavorable” rating of all 14 candidates. His name recognition rate skyrocketed to 69.9%.