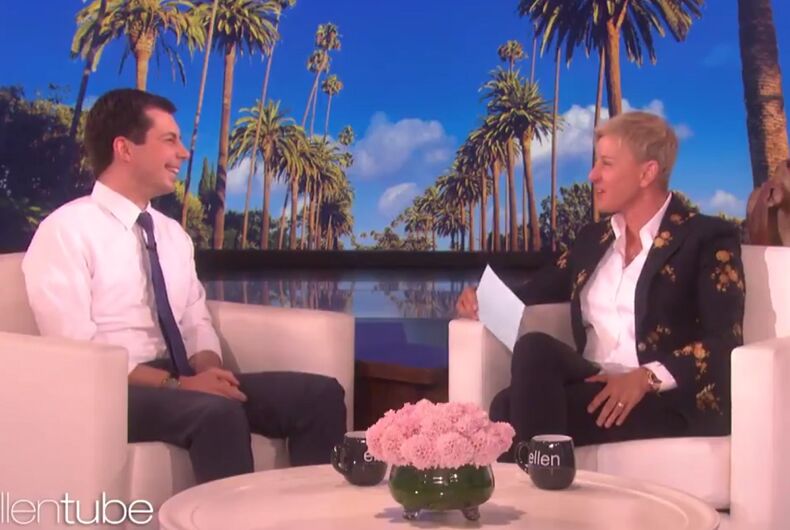 South Bend Mayor Pete Buttigieg appeared on The Ellen Degeneres Show and Ellen asked him immediately about Mike Pence’s accusation that Buttigieg has been attacking his “Christian faith.”

Buttigieg brought up how job discrimination against LGBTQ people is legal in most of the country, and then he challenged Pence.

“If he wanted to clear this up, he could come out today, and say he’s changed his mind, that it shouldn’t be legal to discriminate against anybody in this country for who they are,” Buttigieg said.

I really enjoyed meeting @PeteButtigieg. Don’t miss him on my show tomorrow. pic.twitter.com/A6IQmB0zpj

The transgender military ban starts today. Here’s what you need to know.