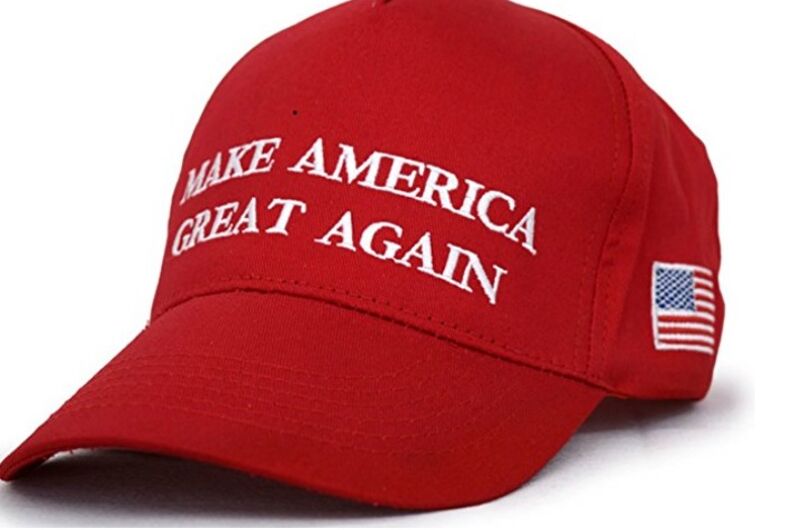 The Southern Poverty Law Center has reported a 20-year high in the number of hate groups in the United States, largely fueled by a booming interest in white nationalist organizations.

Thousands of children have been pulled from their families and placed in detention centers across the United States, and the president has declared a national emergency at our southern border in order to secure money to build a wall along the southern U.S. border.

So-called “religious freedom” bills threaten LGBTQ rights across the country and are largely supported by the Trump and Pence administration.

Anti-transgender violence has been at an all-time high, and the government is moving forward with plans to remove transgender people from the military and elsewhere.

Related: Trump supporters are thrilled they have fewer friends this holiday

Scott Wallace created the app in the wake of administration officials and others being barred and hounded from restaurants.

Wallace claims he’s not seeking to make an app of “pro-Trump” places – just restaurants and other places without a political bent.

“We want businesses to understand that there’s no money in politics,” said Wallace on Fox and Friends. “We want to make sure everyone’s safe out there.”

The app is similar to Yelp and other tools, allowing users to rate local businesses.

“It’s just four quick questions, yes or no questions,” said Wallace. “Number one: Does this location serve all customers regardless of political beliefs? Will they protect their customers if they’re under attack by others in the restaurant? There’s a concealed carry question, and [if] the location [has] a political presence in their social media.”

The app is currently having difficulties with Wallace claiming the lag is due to the heavy usage the program is seeing – though one security researcher, Elliot Alderson, claimed on Twitter to have already hacked the site, saying that Wallace’s login information was hardcoded into the application itself.

Perhaps ironically, supporters of President Trump are typically the first to argue against the need for “safe spaces,” leading one to wonder if they really need such an application in the first place.