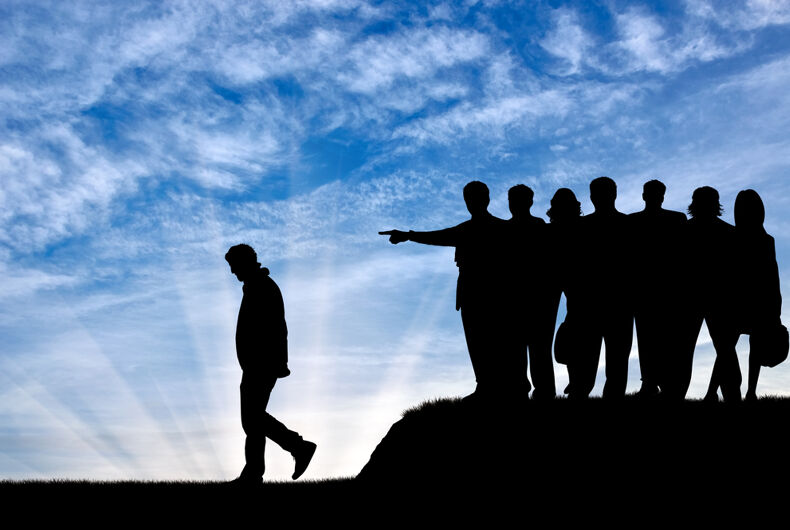 Despite your differences, have you managed to stay friends with a rabid Trump supporter? If so, you may be one of a dwindling number. Increasingly emboldened by the president’s divisive rhetoric, his followers are writing off anyone who is not a Trump idolator in a self-destructive effort to place politics above every other personal trait.

This week, the man behind the Twitter accounting Educating Liberals (here’s a hint — it’s not about education) posted that he “just saved a bunch of money on Christmas presents by discussing my political views on Facebook.”

The account has more than 340,000 followers, so word quickly spread among the Trump faithful, who gleefully agreed. The tweet was retweeted more than 2,300 times and got more than 8,100 likes.

“I completely cleaned up my friend list,” one commenter tweeted. “I only have 3 left. God bless America.”

Under normal circumstances, having only three friends is a sign of social isolation that doesn’t call for boasting. But the Trump followers seem to prefer ideological purity over everything else.

The impact of political differences is especially powerful around the holidays. Family get-togethers are especially stressful, as family members try to figure out whether someone they’ve known all their life is now worthless because of the Trump presidency.

Tips for how to survive gatherings when politics diverge are now a staple of media holiday coverage. And it would be great to be a fly on the wall at Kellyanne and George Conway’s Thanksgiving dinner. (The couple is notably divided on their opinion of Trump.)

Of course, for some die-hards it’s better to have the right friends (literally) than lots of friends. In fact, it provides an opportunity to embrace their insulated bubble even more. Proof in point: DonaldDaters, an app for Trump lovers looking for, well, lovers. It does so by wrapping itself in the cloak of victimhood.

“Many on the Left chose party over love, stopping any date if the other user is a supporter of our president,” its website proclaims.

As with all things Trump, DonaldDaters isn’t exactly a paragon of high quality. The app has a dismal 2.1 rating in the Apple store. Among the complaints: It keeps matching people up with folks of the same gender.

“I created the app as a male and they showed me male matches,” one user complained in his review. “Stop showing me dudes,” groused another.

Of course, it’s not just right-wingers who fall prey to the urge to write off someone based on politics. But it’s not as if liberals celebrate the loss of friends and family with quite the same level of glee.

Among the few accomplishments that Trump can truly call his own is dressing hatred up as a virtue. Perhaps for the holidays, instead of glorying in viciousness, we might want to think about what brings us together, not what sets us apart.