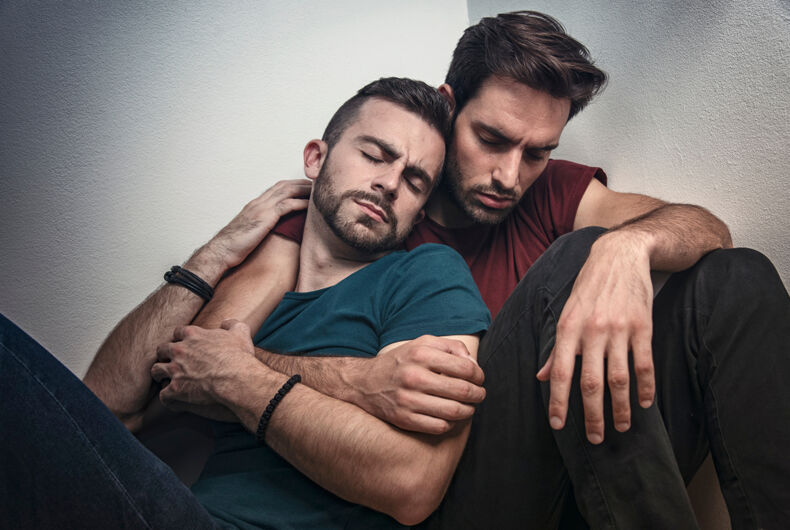 This week, state Republicans in the Georgia Senate introduced Senate Bill 221, The Religious Freedom and Restoration Act, which would allow people to sue the government if any laws or ordinances “substantially burden a person’s exercise of religion.”

Naturally, opponents of the bill worry that it’ll be used to allow religious organizations and business owners to discriminate against LGBTQ people. Similar bills have been floated in Texas and Kentucky, but the business community has successfully opposed them since such laws make states less attractive to LGBTQ-friendly employees and consumers.

Atlanta-based Home Depot and Arthur Blank, owner of the Atlanta Falcons football team and the Atlanta United soccer team, have both opposed the bill. In a joint statement, The Metro Atlanta Chamber and Georgia Chamber both called the measure “a distraction” from more important issues.

In fact, a Trump administration amicus brief supporting the Masterpiece Bakery that refused to make a cake for a same-sex couple in Colorado said that homophobia isn’t as much as a problem as racism because homophobia is a newer phenomenon, which is nonsense.

Although Georgia’s Republican Governor Brian Kemp signaled that he’d sign a religious freedom bill if it was identical to a 1993 federal law called the Religious Freedom Restoration Act (RFRA), Senate Bill 221 isn’t identical. In fact, it goes much further.

The Georgia bill “also includes provisions that would allow plaintiffs who win lawsuits against the government to recover their legal costs in religious cases … [and allows] judges … to order governments to change their laws and practices deemed to infringe on religious beliefs,” according to AJC.com.

In 2018, Georgia passed a bill making it legal for religious adoption agencies to deny kids to same-sex couples.

Evangelicals are starting to abandon their churches because of Trump